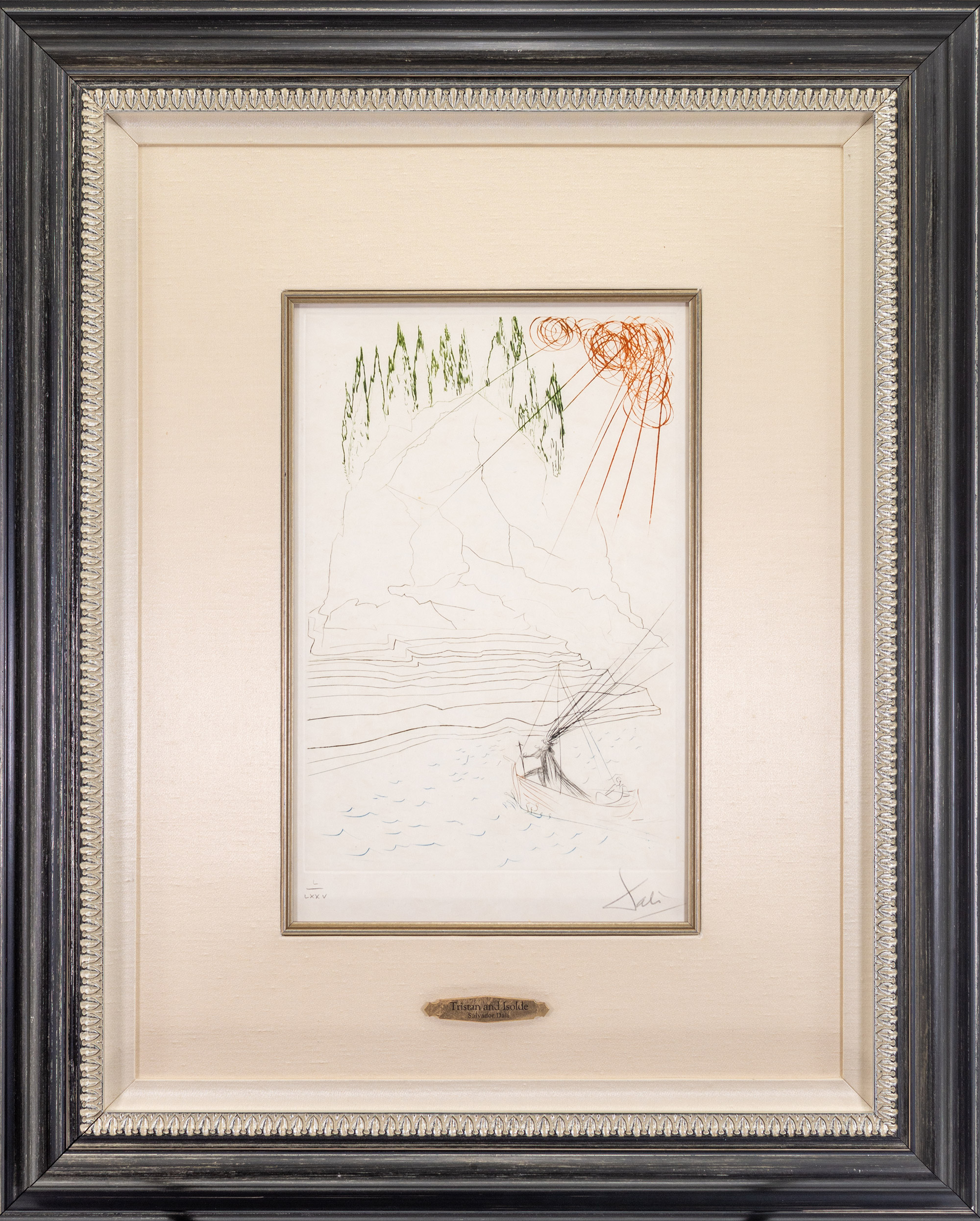 Morhoult is an Irish Duke who has demanded tribute from King Marc. Fearlessly, Tristan agrees to a battle with Morhoult and he kills him, even as he is gravely wounded himself. In the dry point, The Fight with Morhoult, Dalí shows Morhoult’s body being returned to Ireland, from whence he came, ending the threat to King Marc and creating a further contradiction between Tristan’s great bravery and his later treachery. The Fight with Morhoult shows in beautiful detail, the approach to the coast of Ireland. Cliffs of jagged rock and tall green trees on mountains immediately make us think of the Emerald Isle. 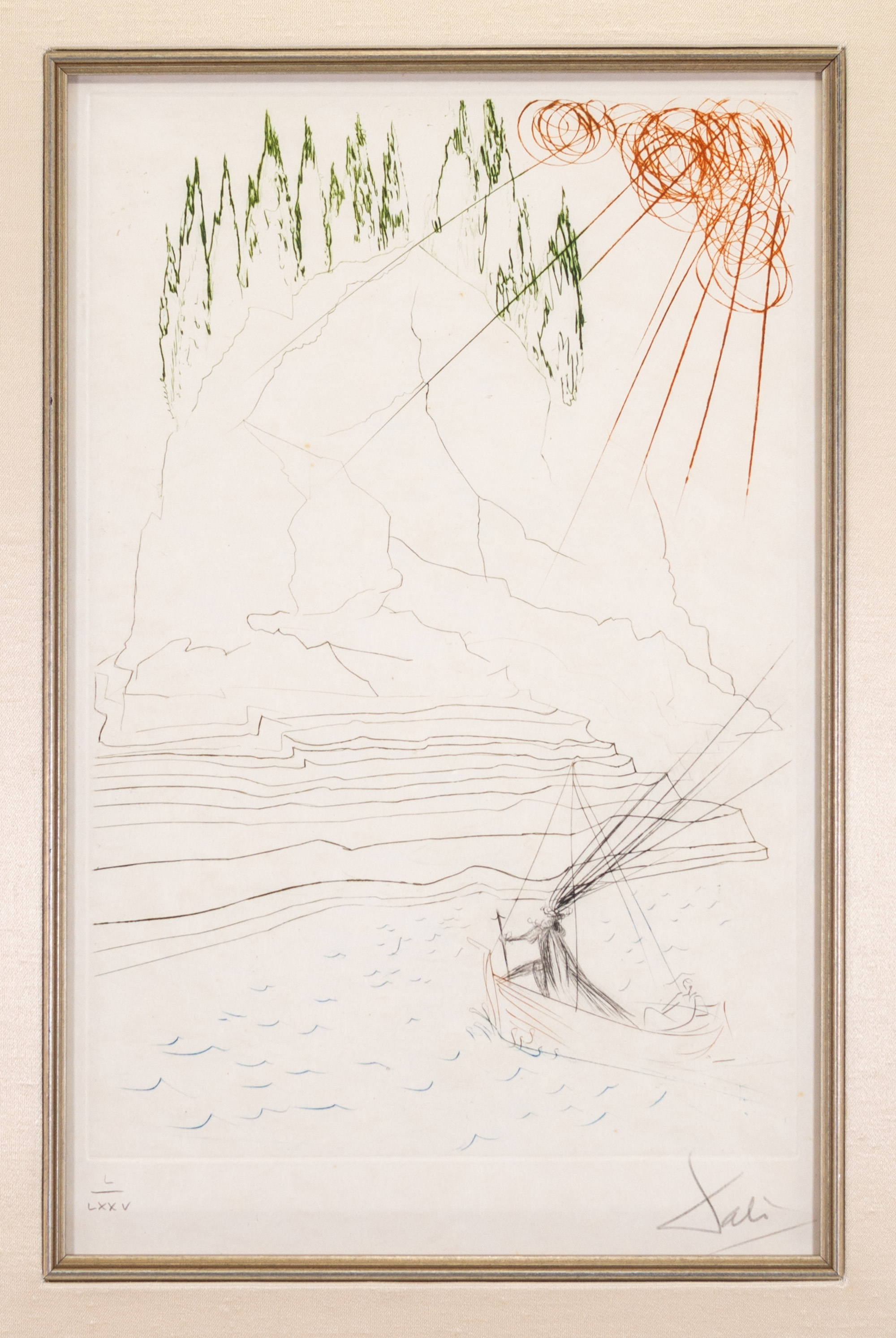 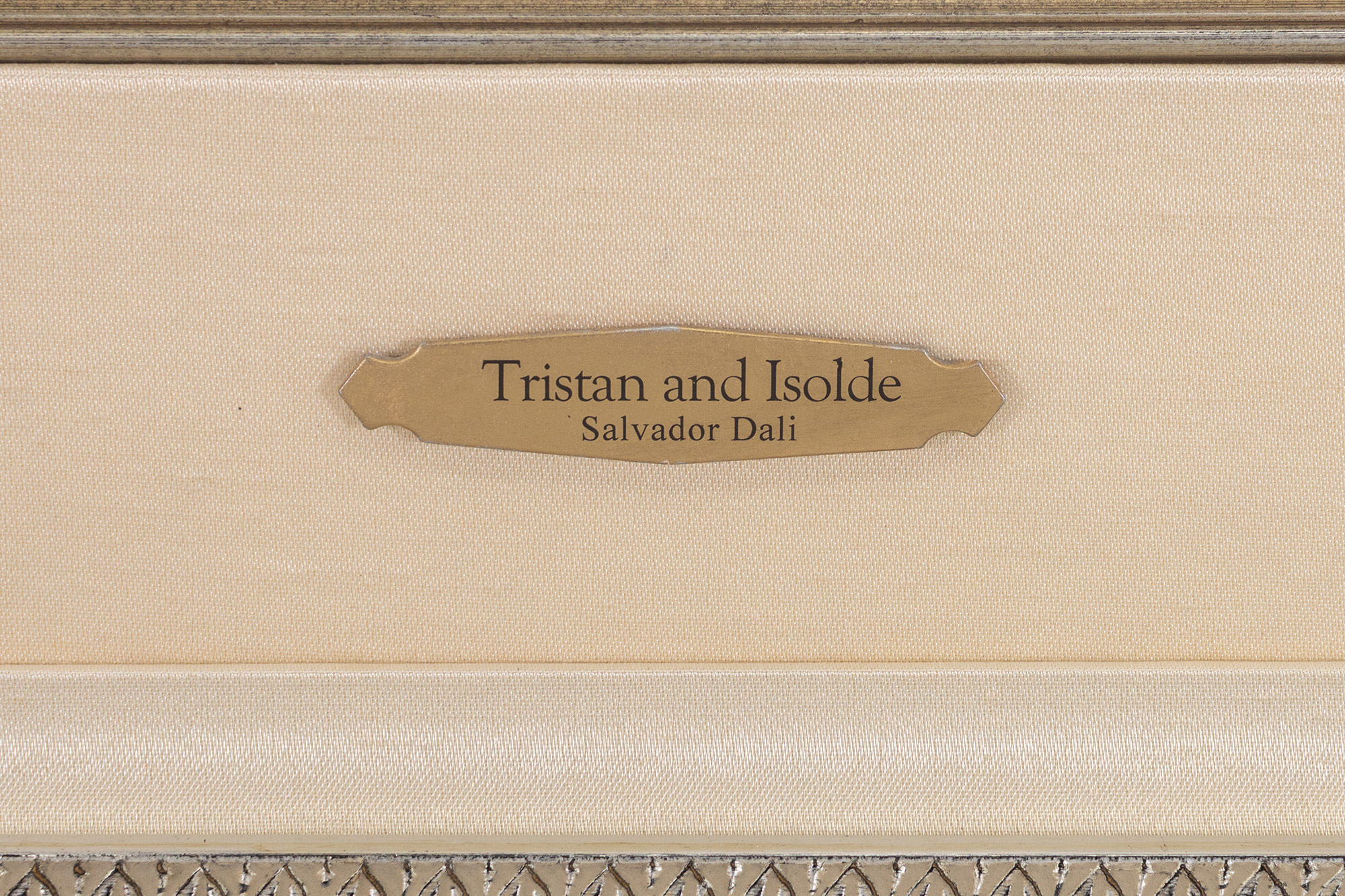 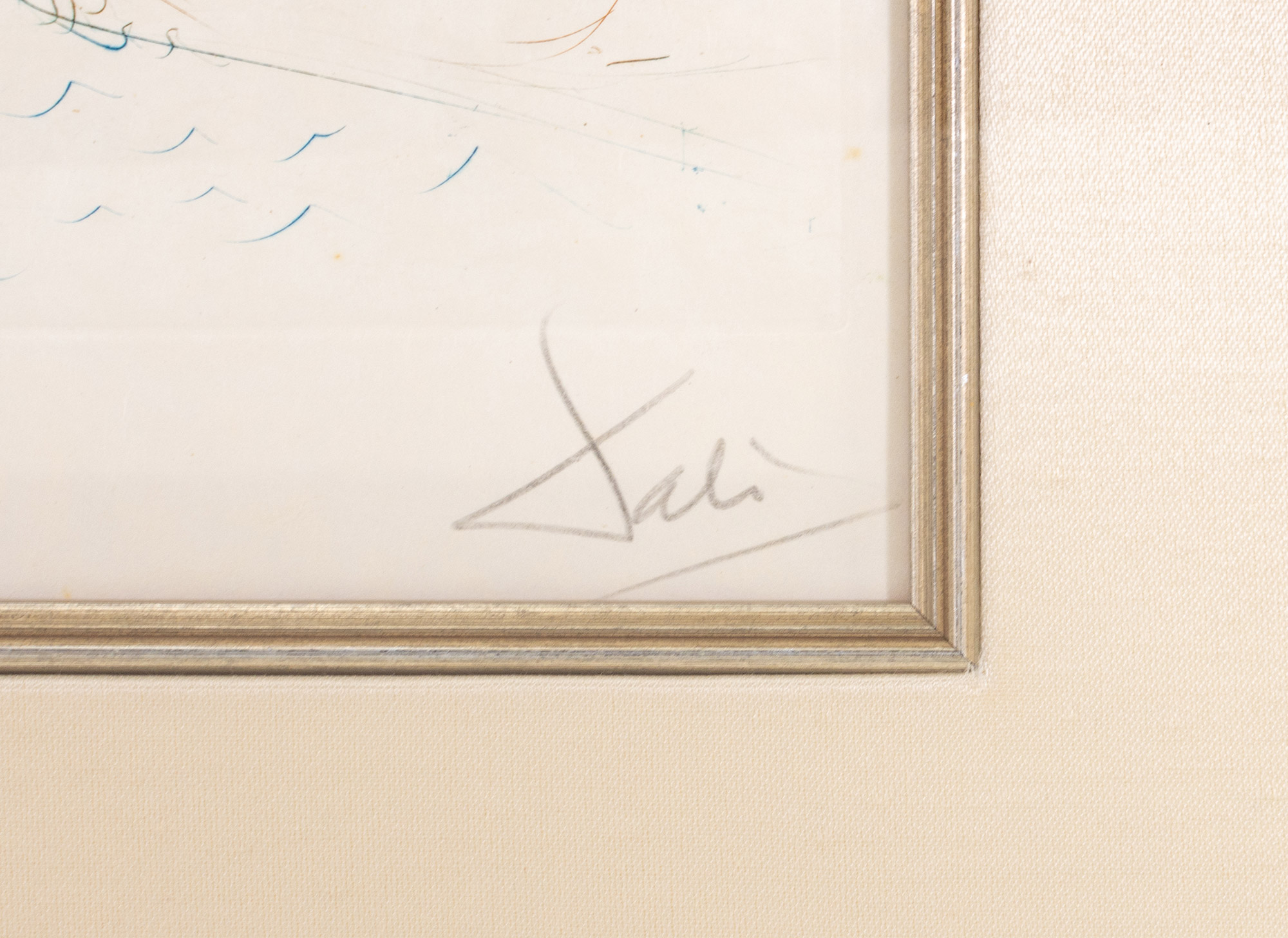