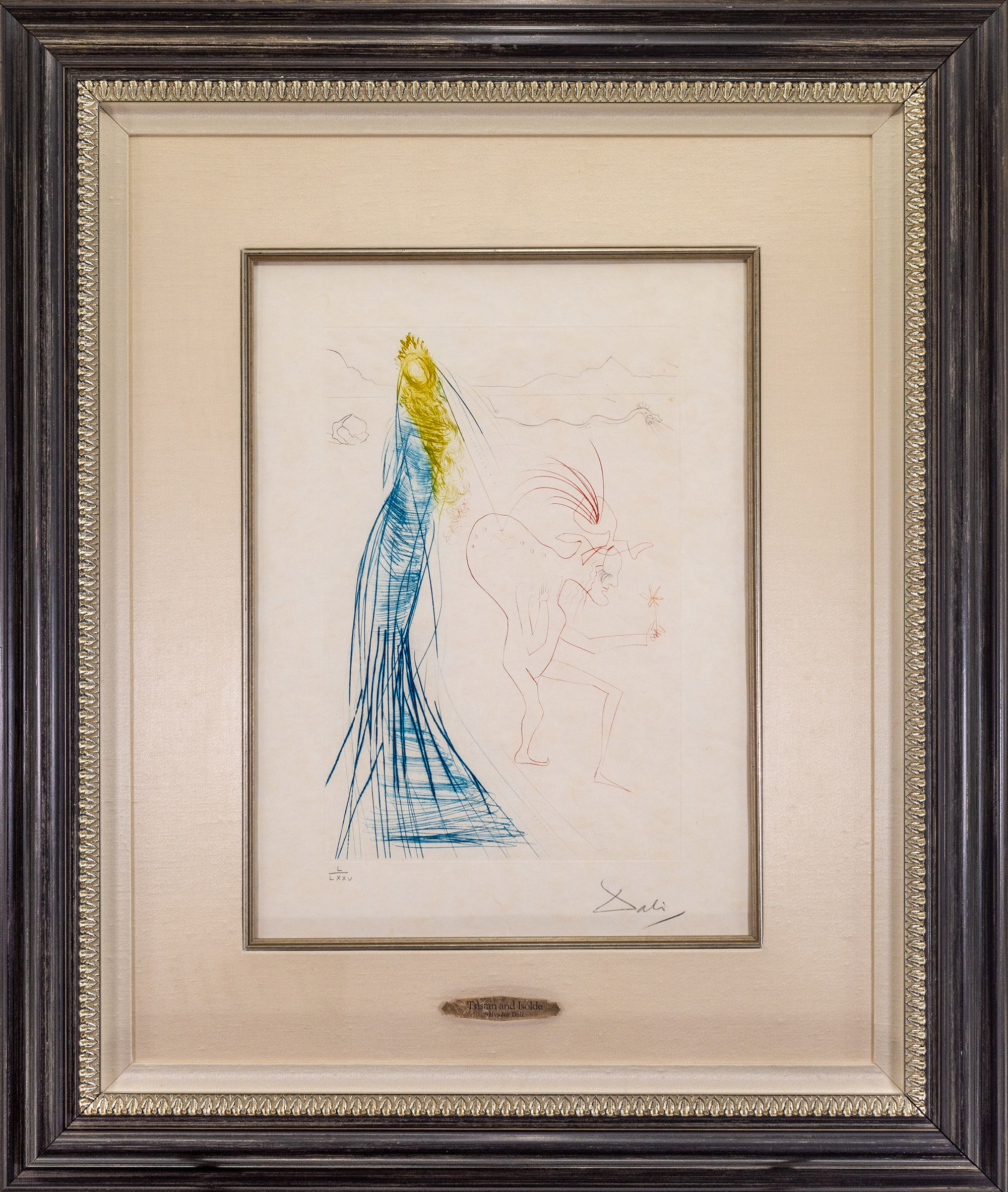 As Tristan and Isolde carry on an illicit affair behind the back of King Marc, a conniving dwarf named Frocin has discovered the relationship and plots to trap them, then catch them together. In Frocin, the Bad Dwarf, Dalí shows the tall and beautiful Isolde standing and looking toward a large stone. This stone repeats its presence in this series as a symbol of a coming passage from one life to another. However, even as she reaches out to this eternal stone, the treacherous dwarf, Frocin plots against her. Frocin holds the symbol for Isolde herself, a flower – in his hand, a metaphor for his control over her. 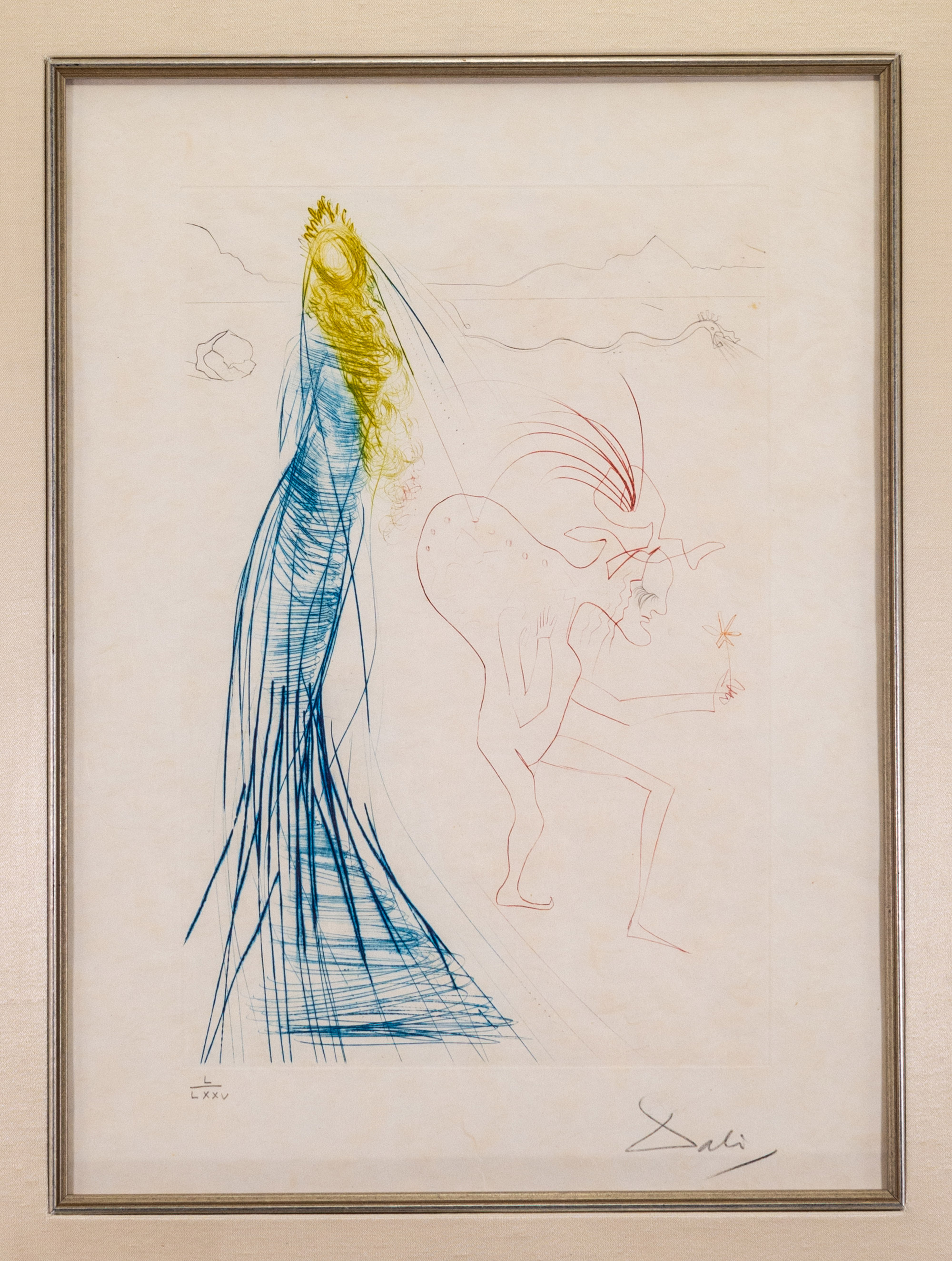 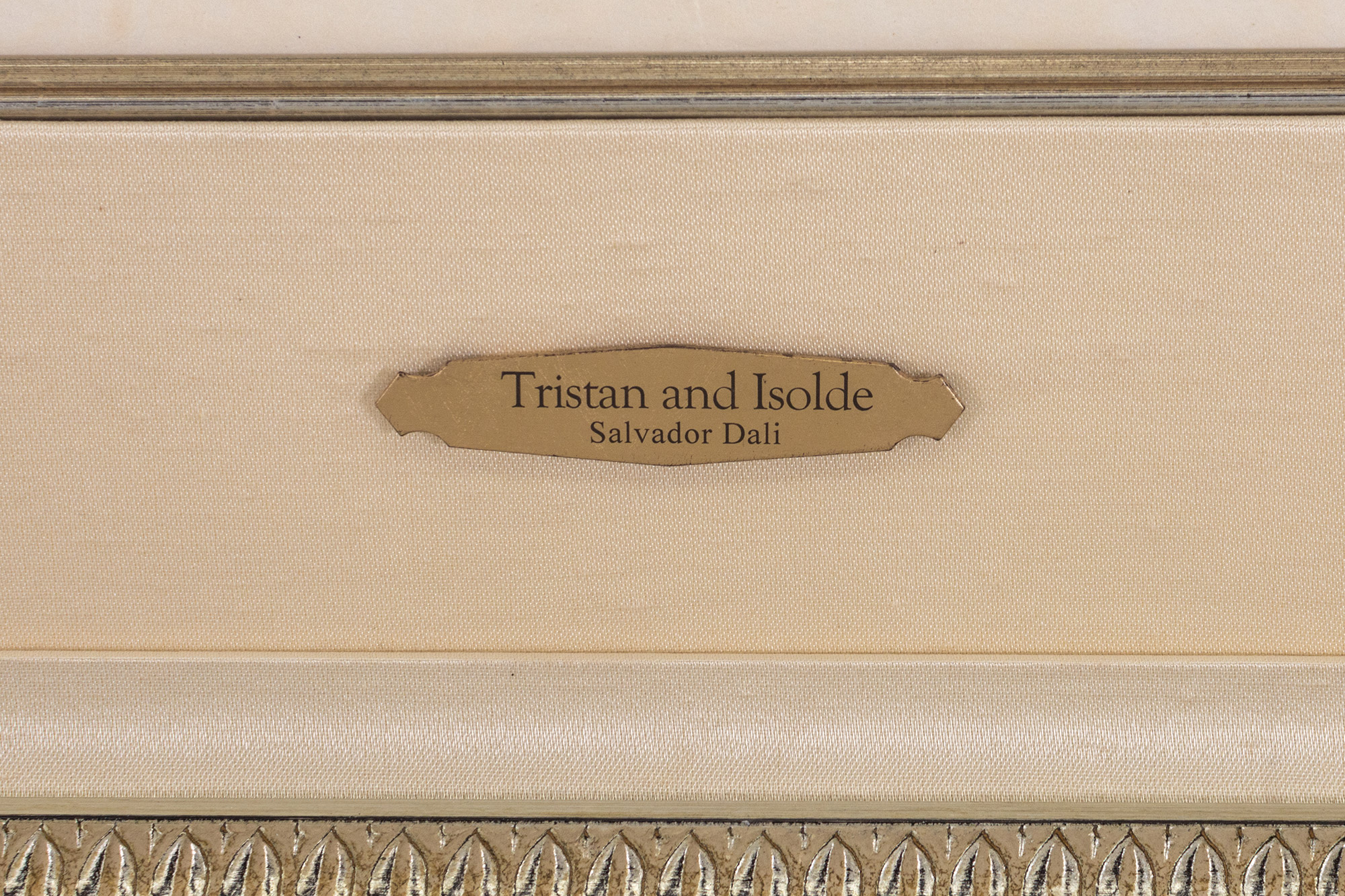 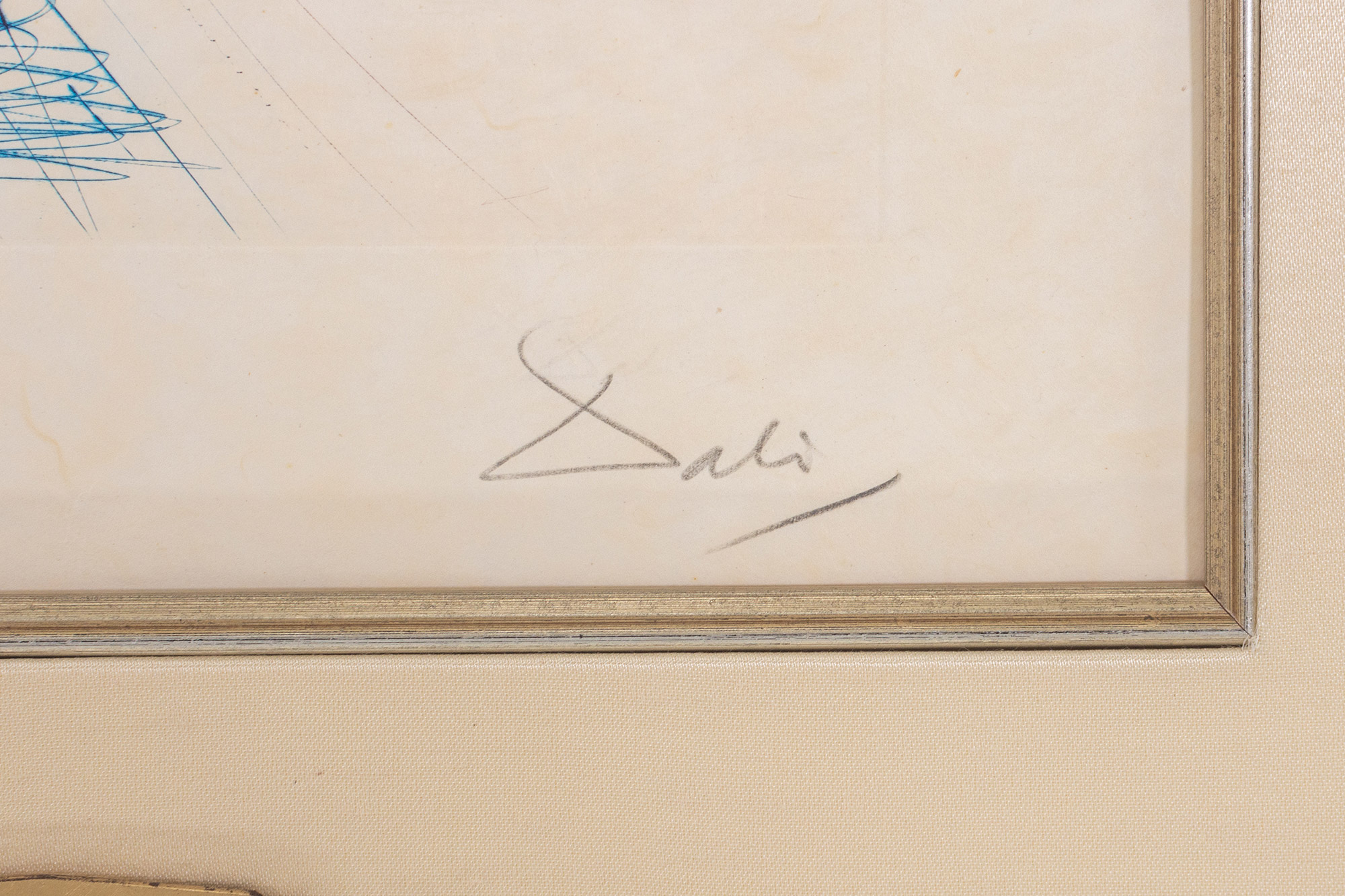