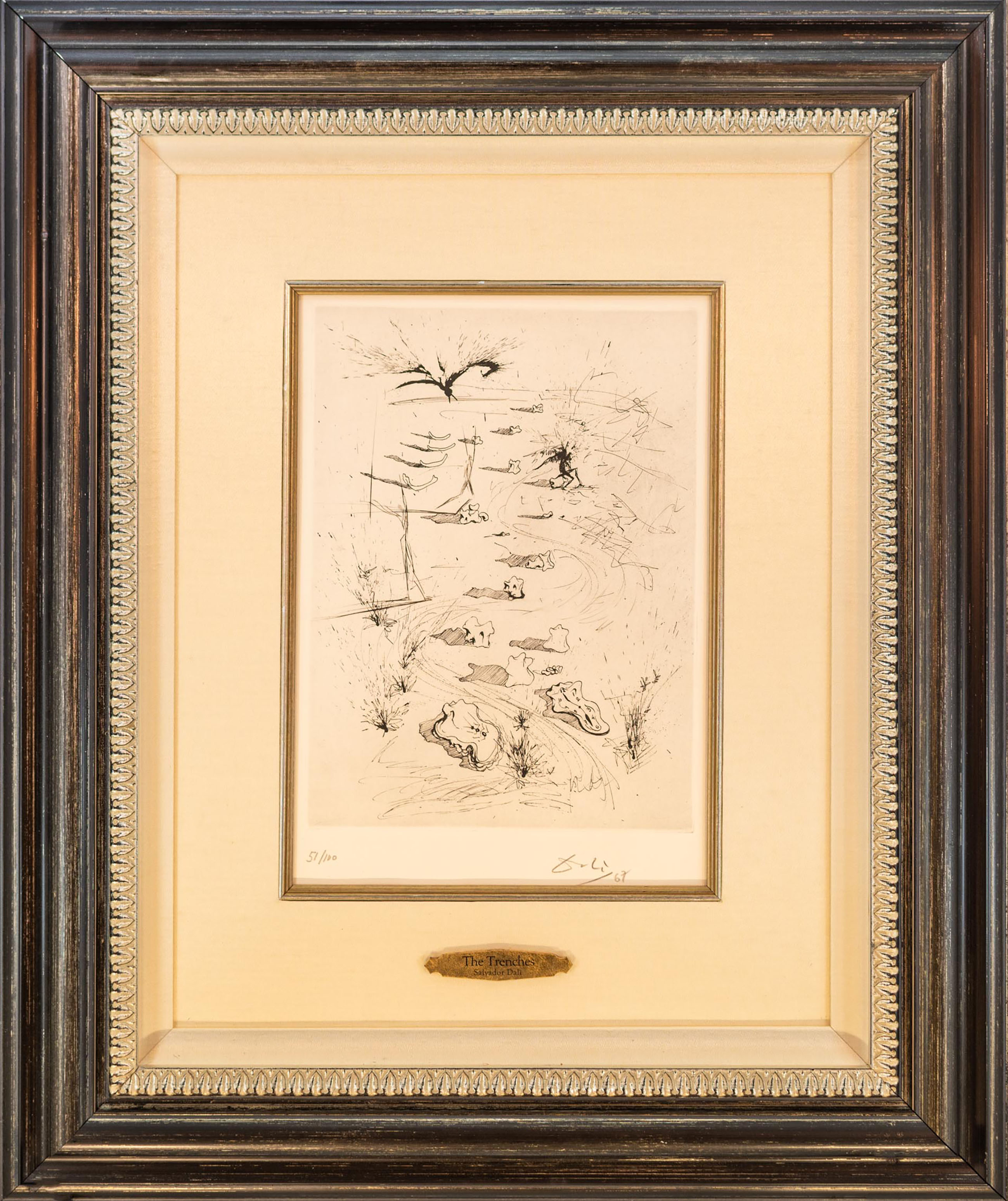 In The Trenches, Dalí has abstracted the military grounds of war into a place where time seems to stand still. Dalían symbols are featured throughout this engraving, including his famous melting clock, ribs, rocks, ants, and angels. The melting clock is an apparent reference to time’s mystery over humans, as shown in our dreams, while the ribs represent death - an obvious part of war. The ants are symbolic of human moral decay, and the angels represent the heavenly influence of God. 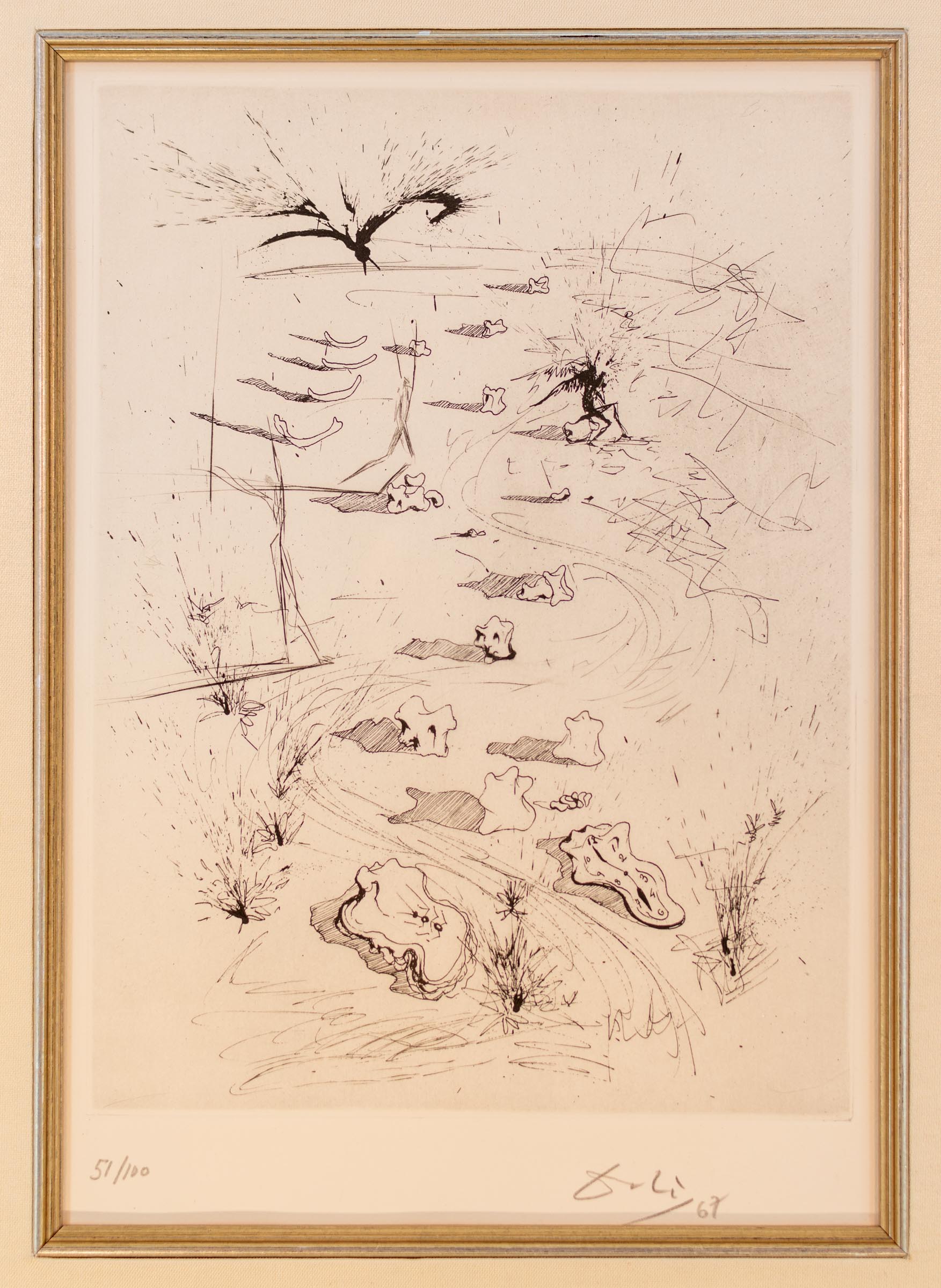 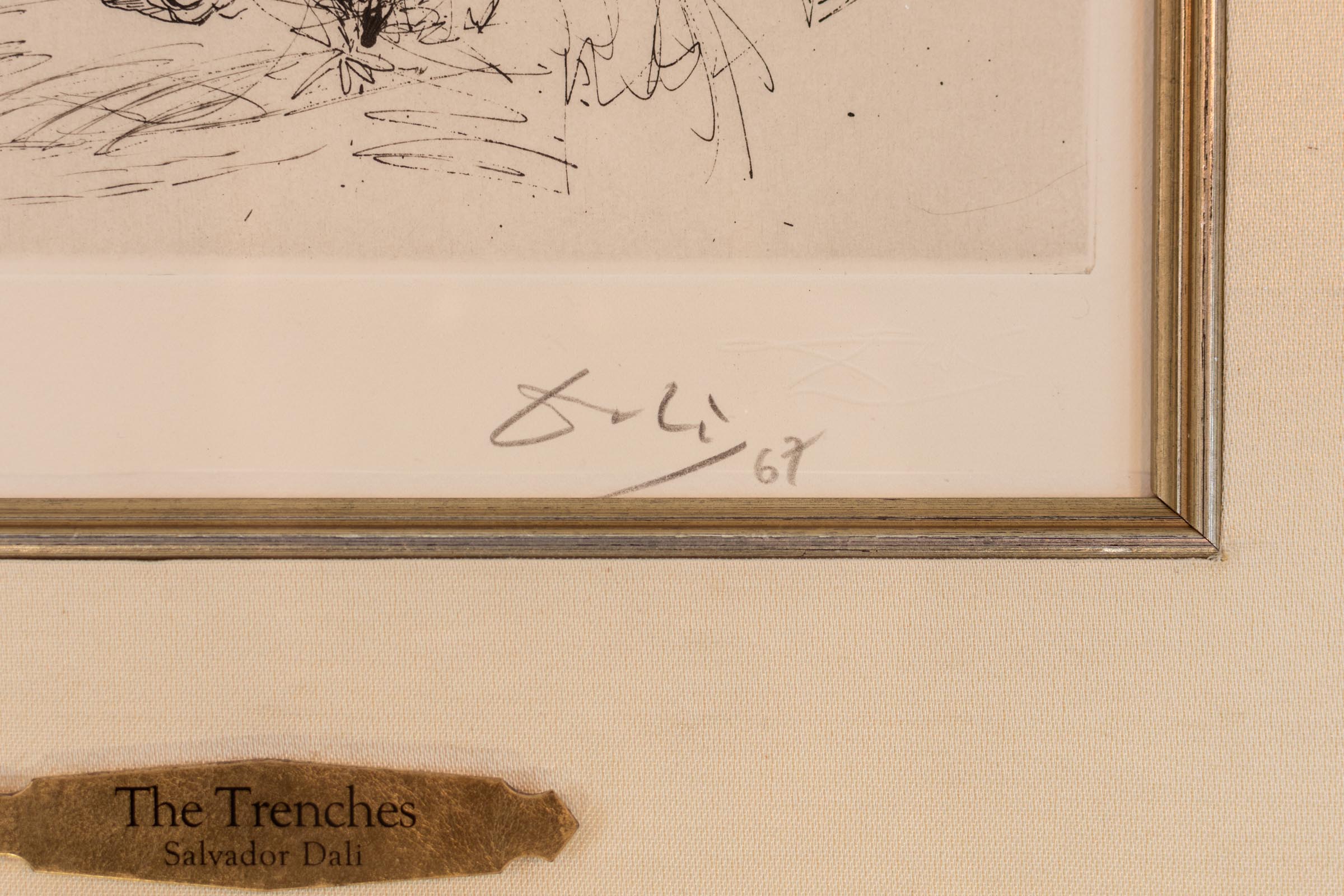 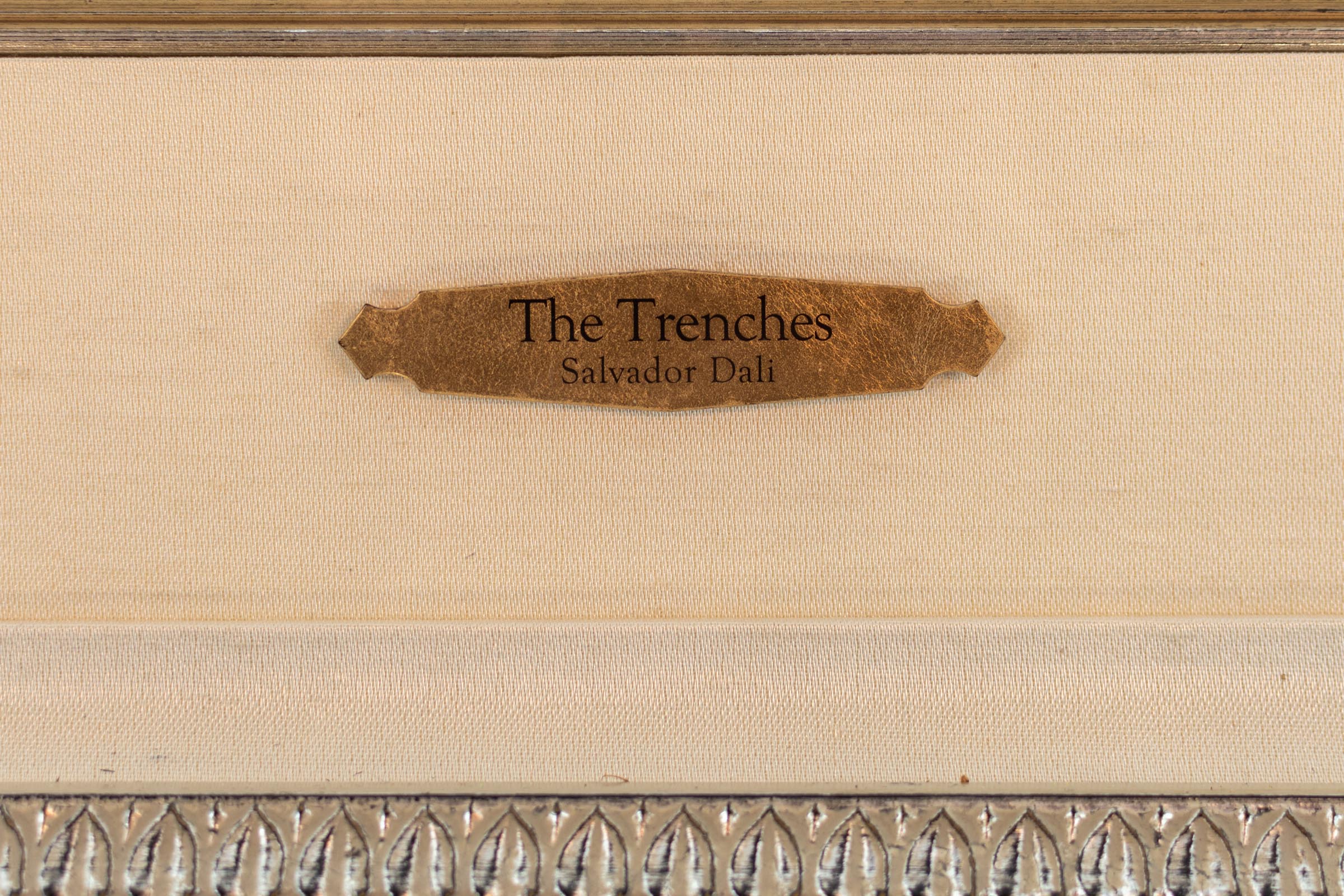