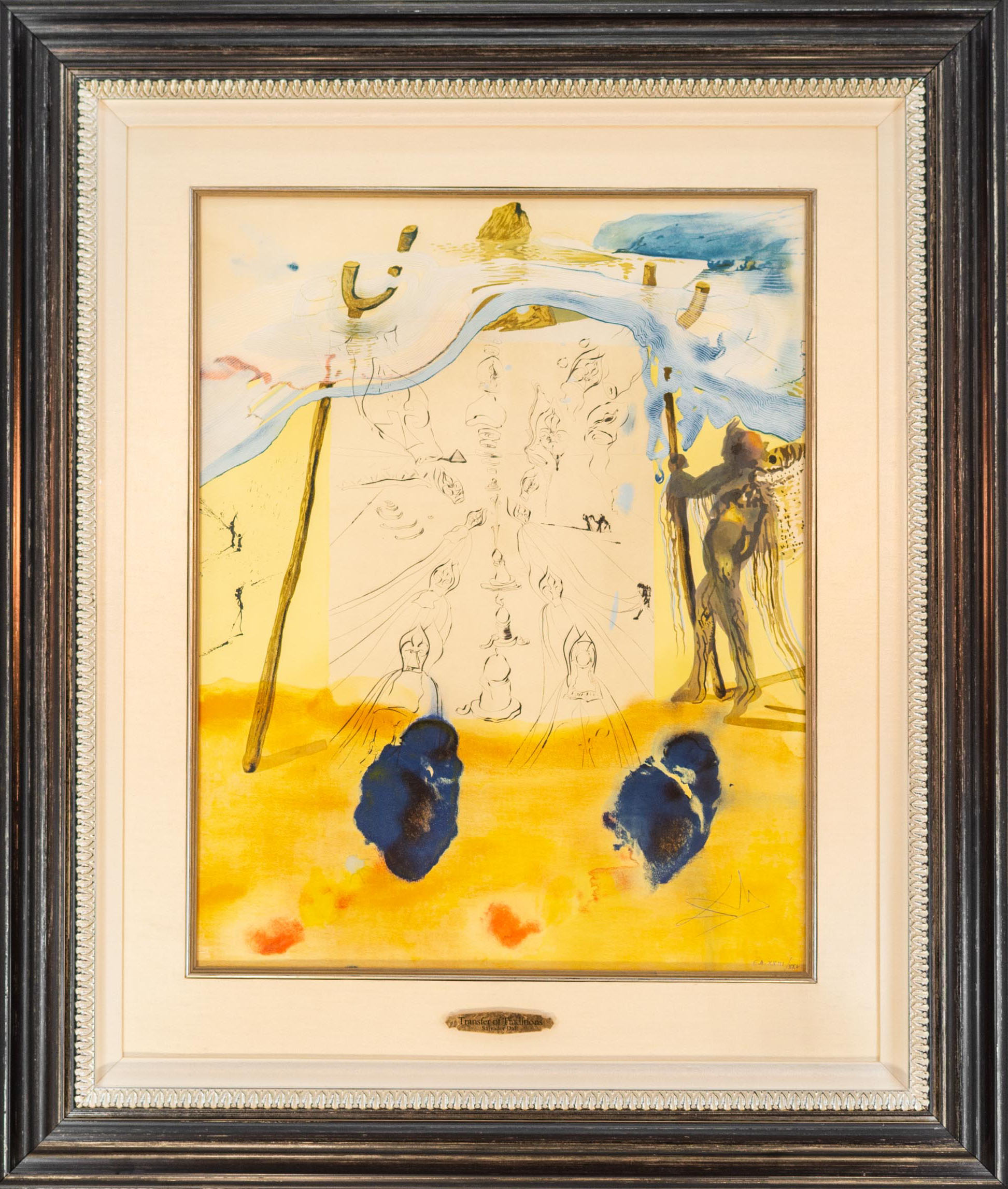 In Transfer of Traditions, Dalí makes his own pointed statement about the connection between the traditions of the Israelites and the foundation of Christianity. More specifically, he points to the Catholic Church, as he juxtaposes the French Church with the role of the Knights Templars, and the role they played in the connection of Jerusalem with Christianity. This lithograph with engraving is printed on sheepskin, a true rarity for any Dalí graphic, as no other record has been found of any other work by Dalí, or any other artist in history, that has used such skins for creating multiple fine artworks. 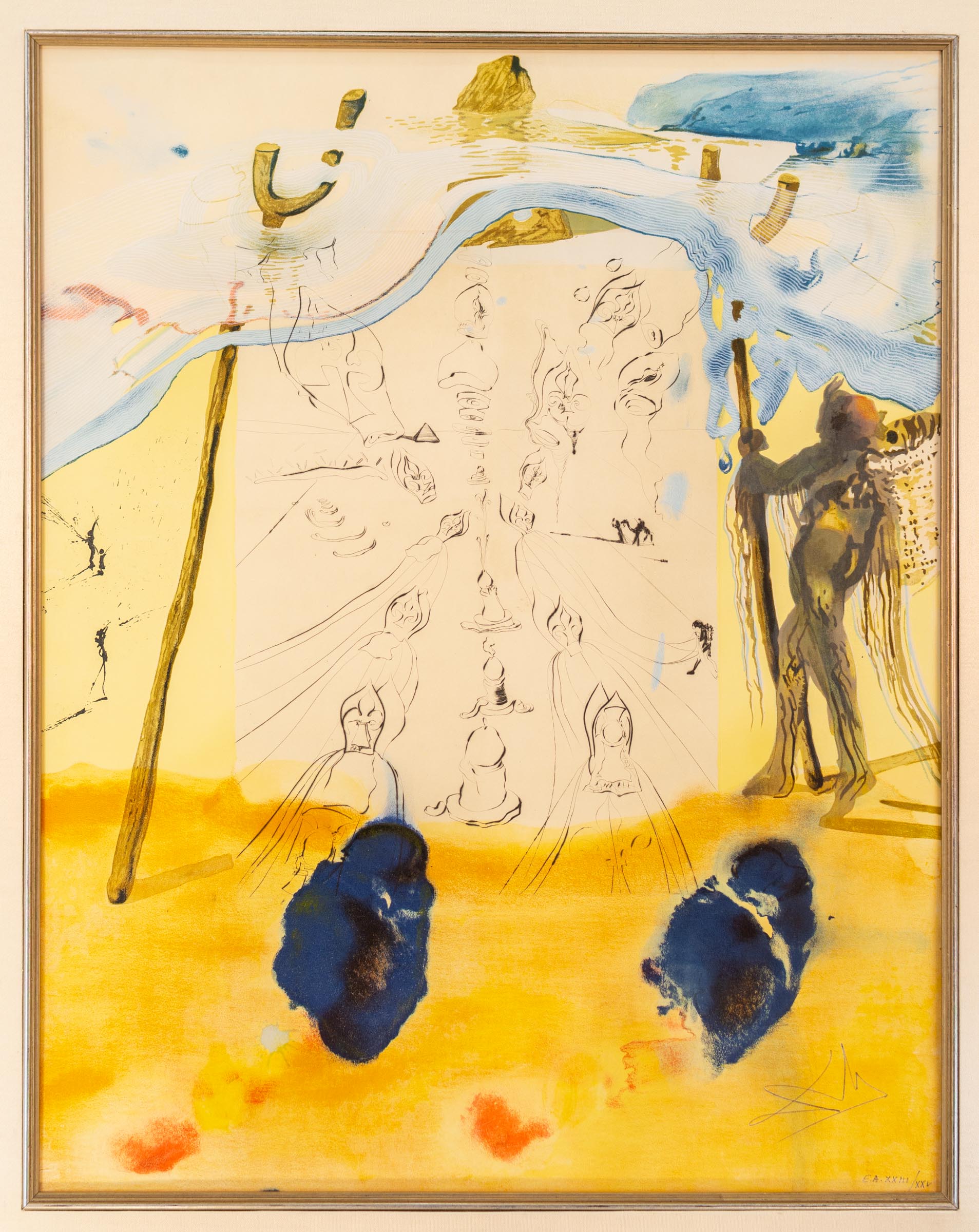 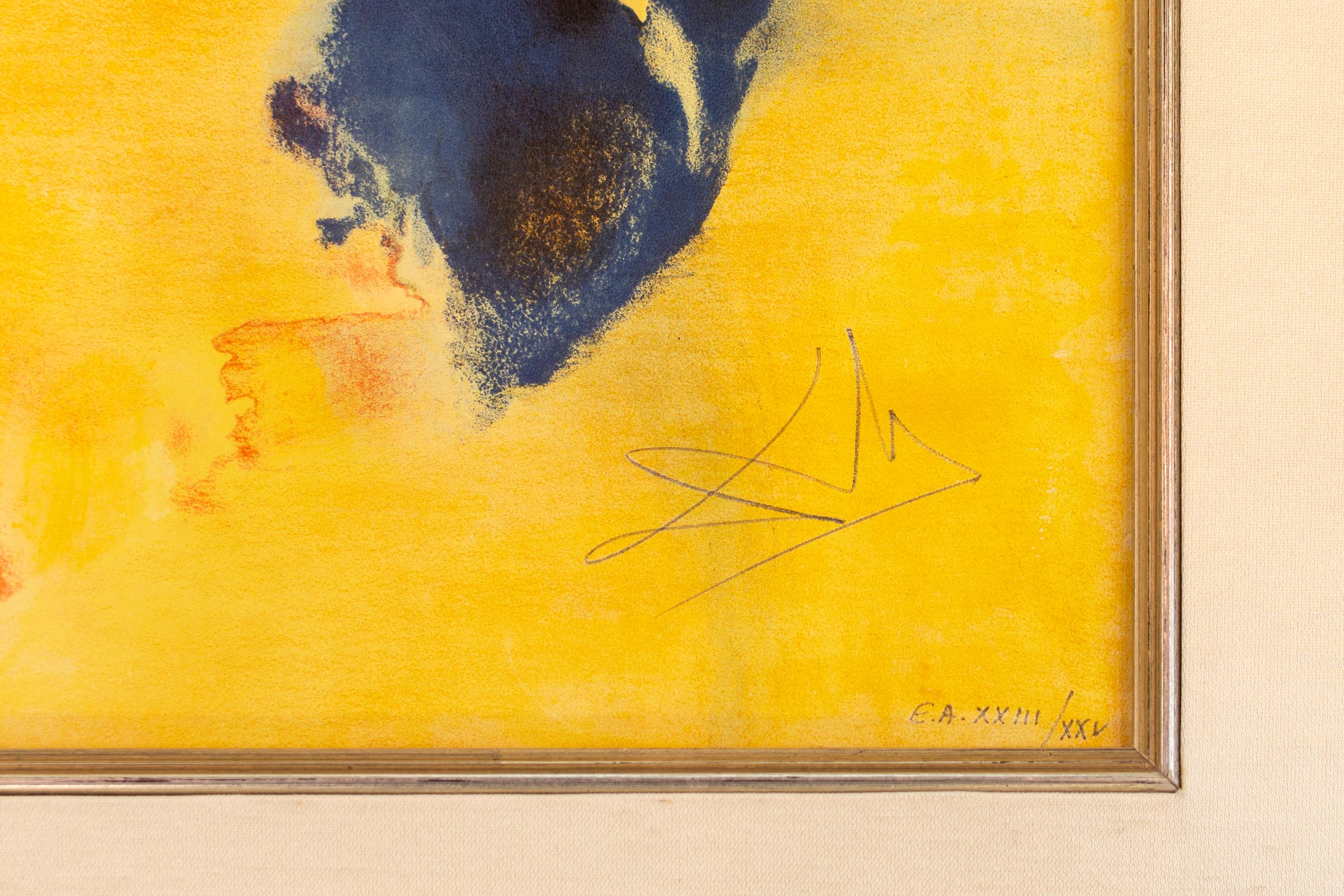 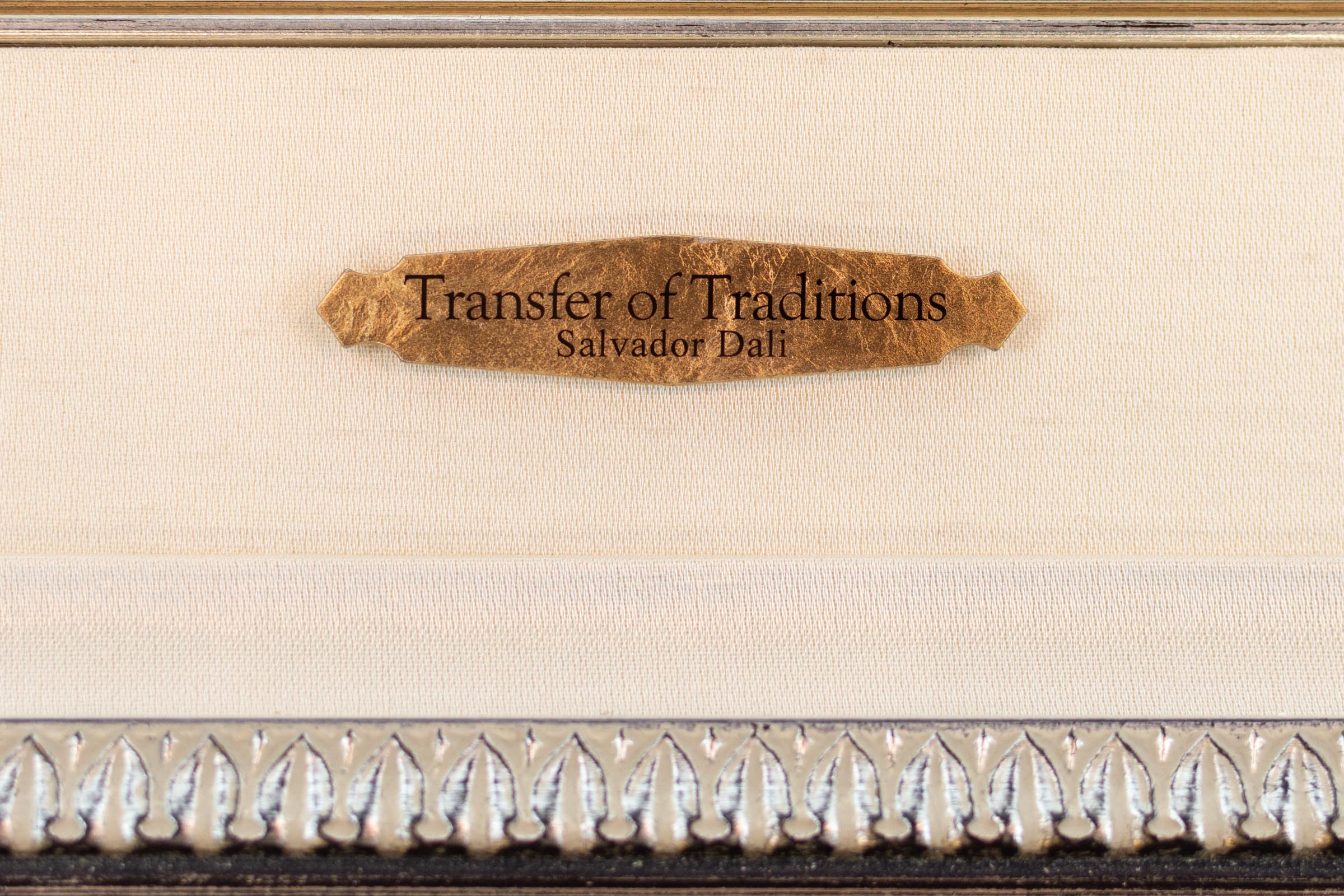