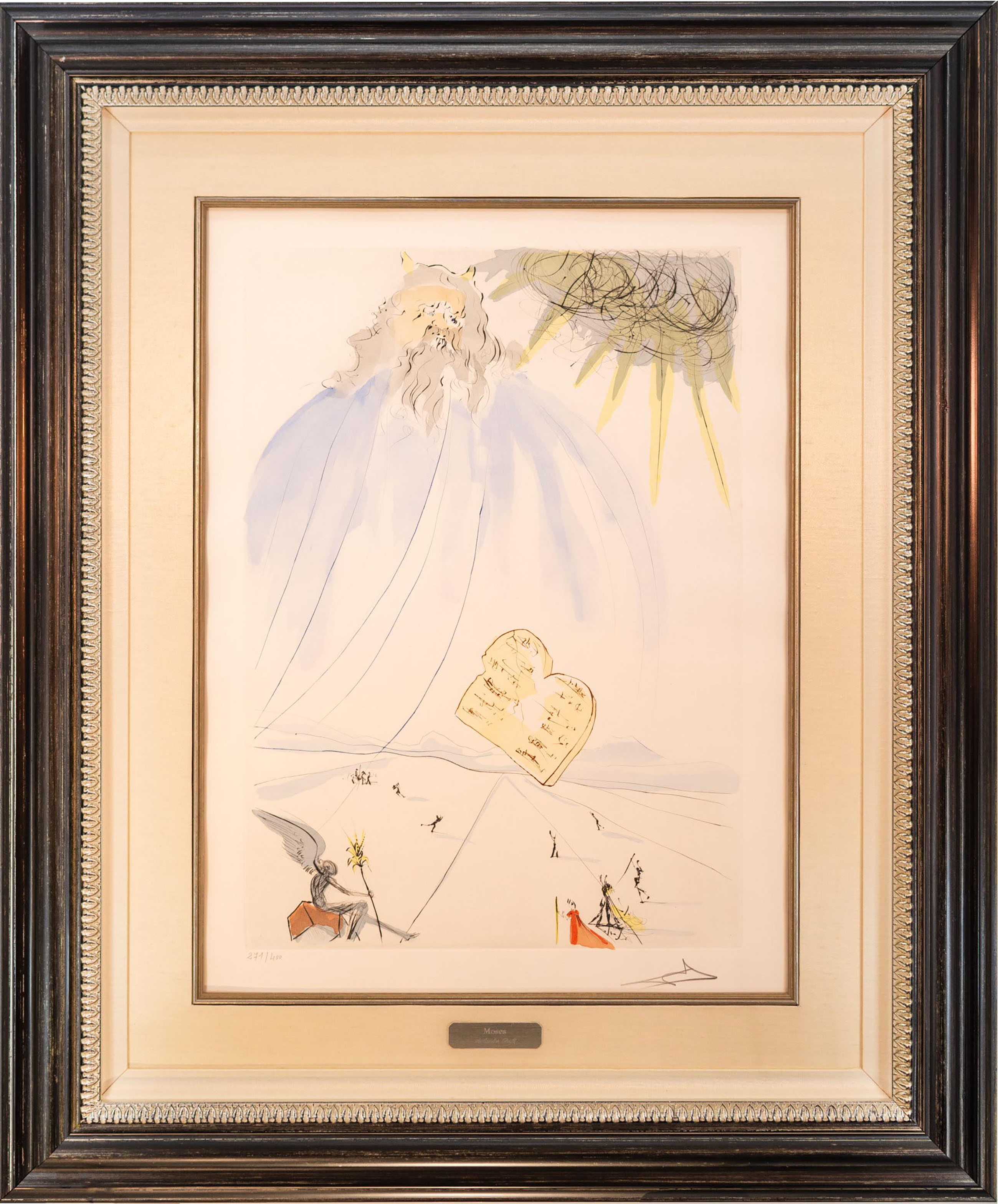 Dalí’s depiction puts Moses as a large overwhelming figure who dominates the image. Centered and below Moses, the two tablets containing the Ten Commandments fall to the ground as described in Exodus 32:19. Above and to the right, the large dark cloud which concealed God on Mount Sinai still hovers above an angry Moses who upon returning to his people, found them engaged in false worship, causing him to throw the Ten Commandments and destroy them. Below Moses and on what appears to be the surface of the earth, an interesting and typically Dalí array of imagery stirs our imagination. 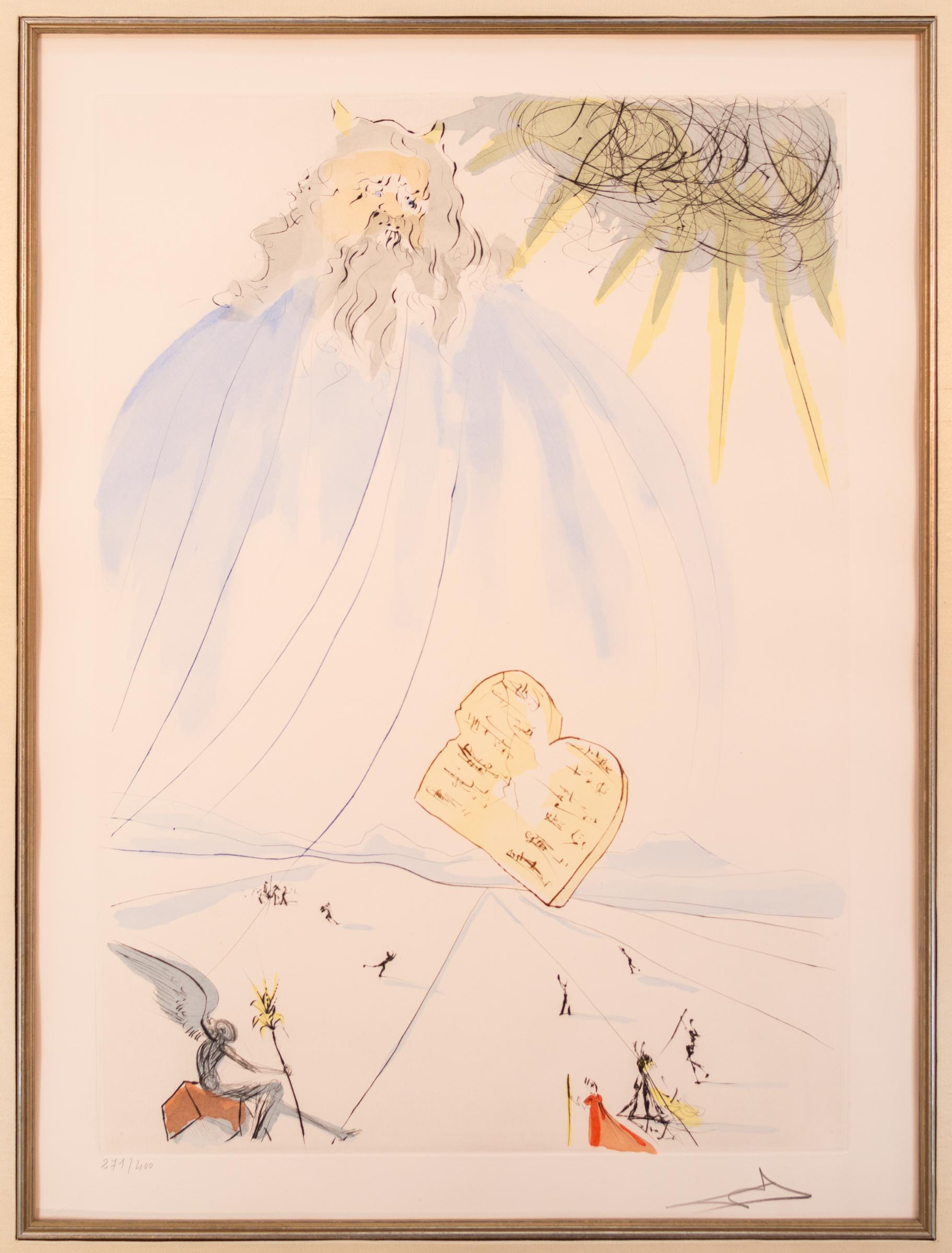 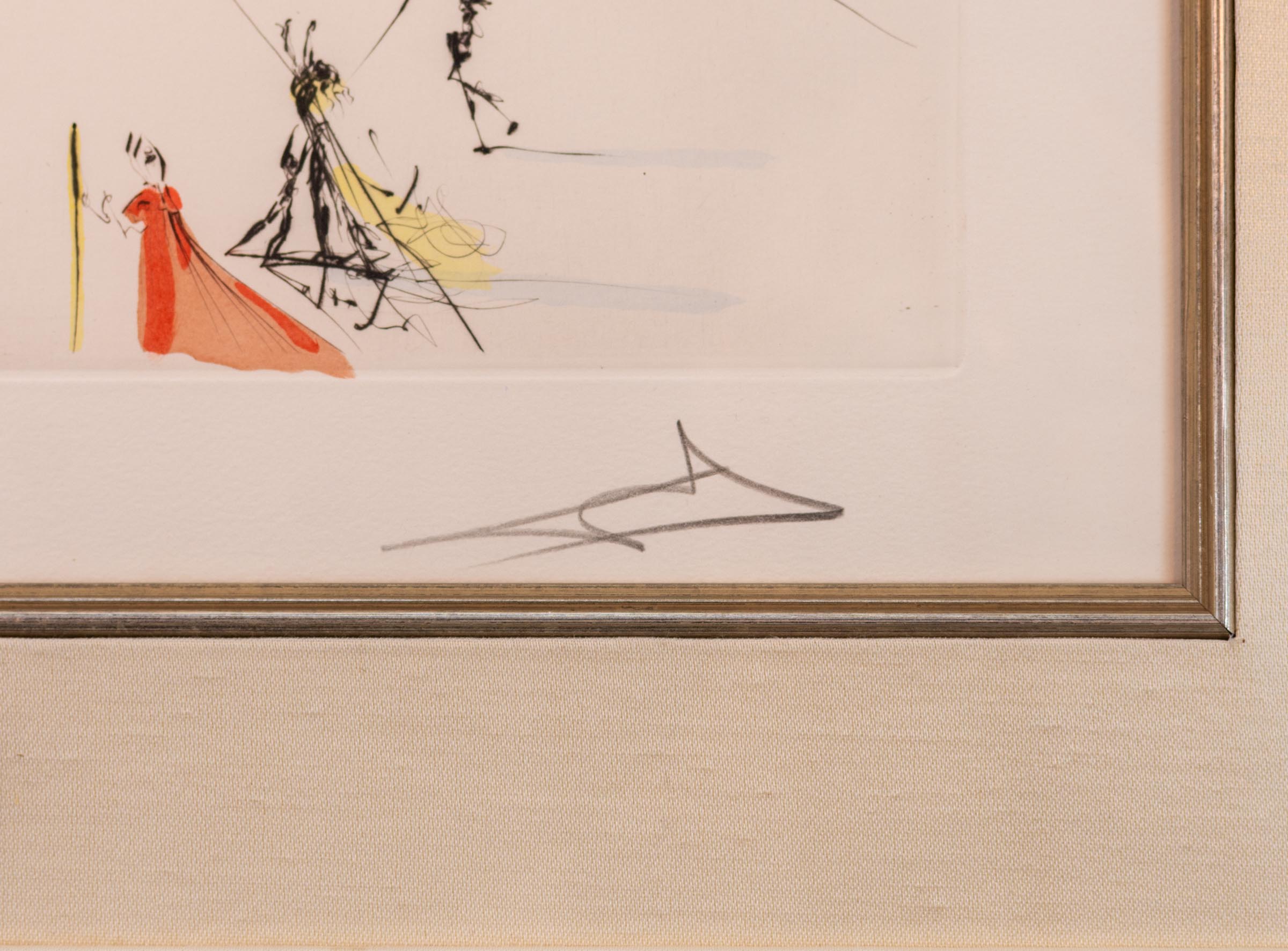 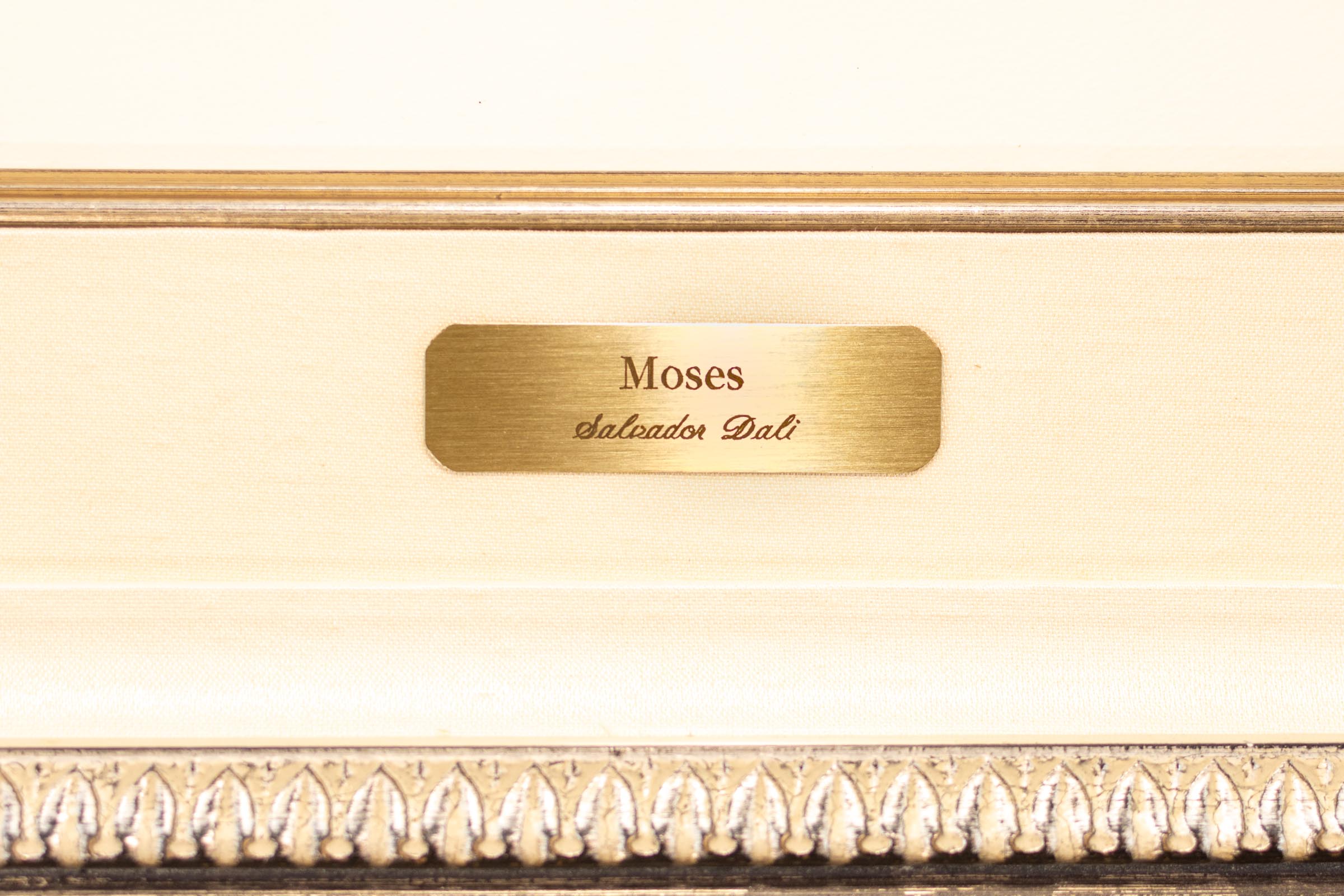