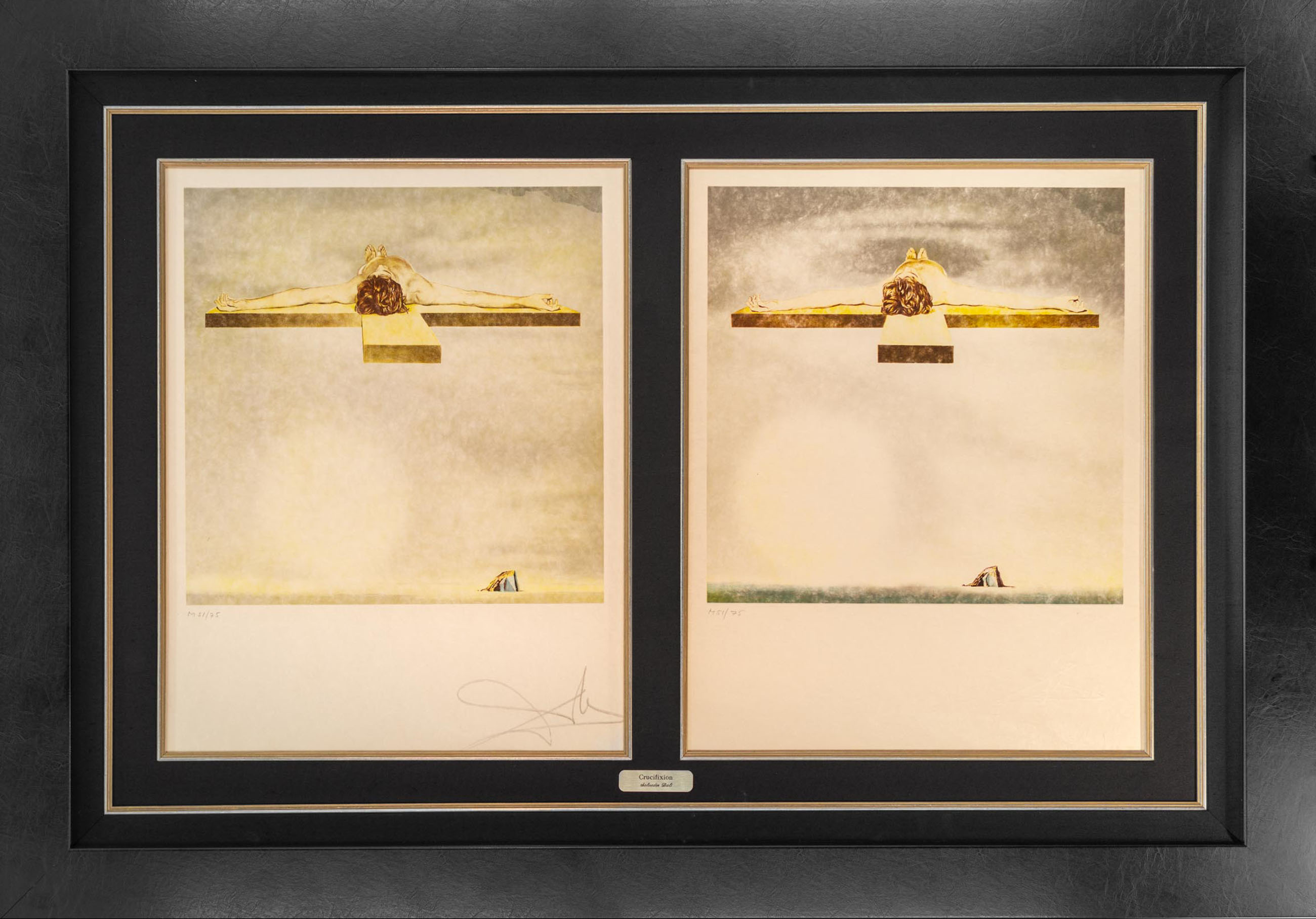 Dalí’s fascination with perspective and an artist’s ability to convey perception of an angle, led him to execute multiple works with three-dimensional qualities. Dalí would go on to master the technique of double and multiple figurations, leading to dazzlingly complex canvases with spectacular imagery, including the Christ of St. John on the Cross, which is considered one of Dalí’s most famous and priceless works. This work is similar to Crucifixion, as Christ is suspended by the cross in midair and at an extreme angle, intended to give the perspective of Christ himself as his spirit rose from his body at the moment of death. 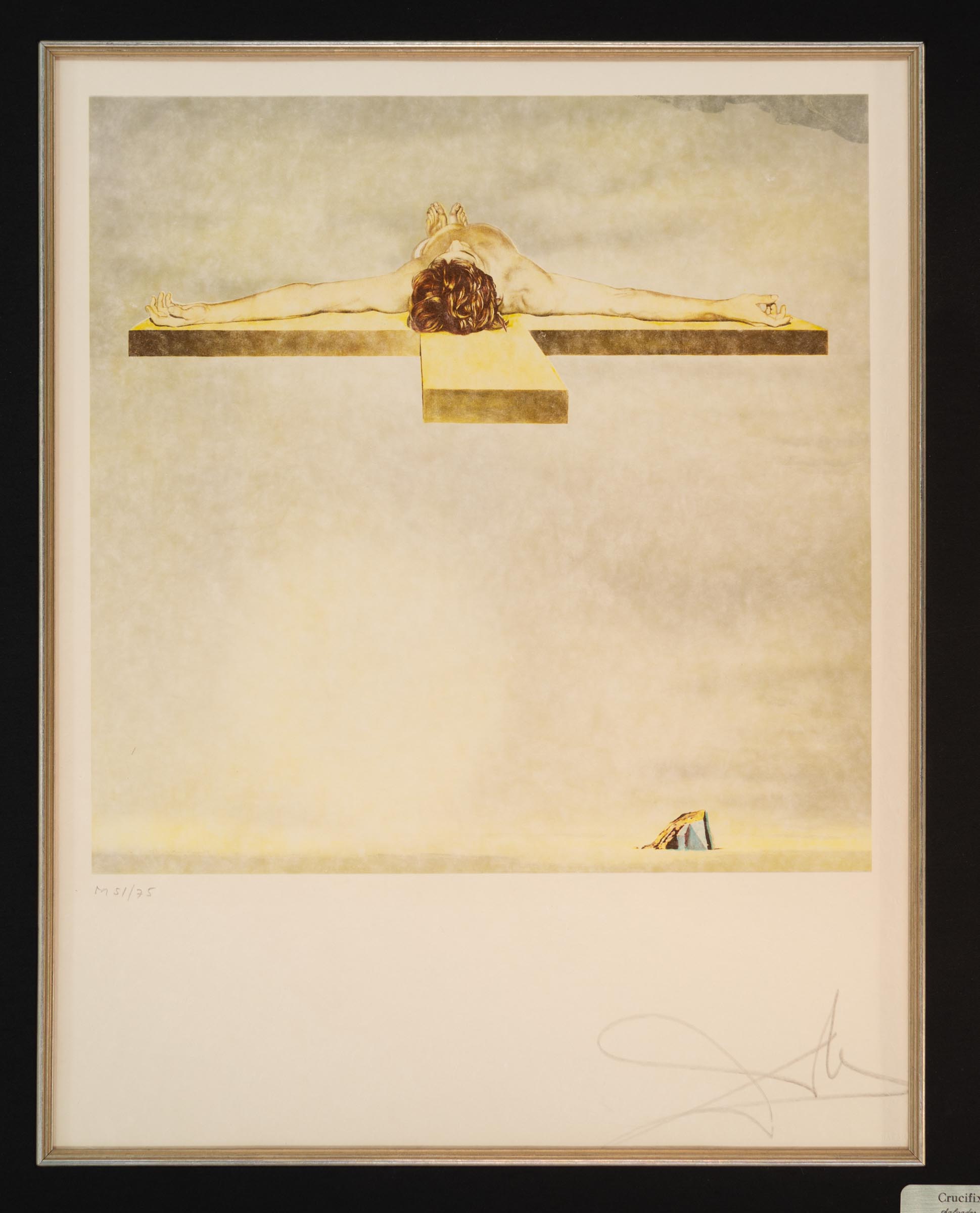 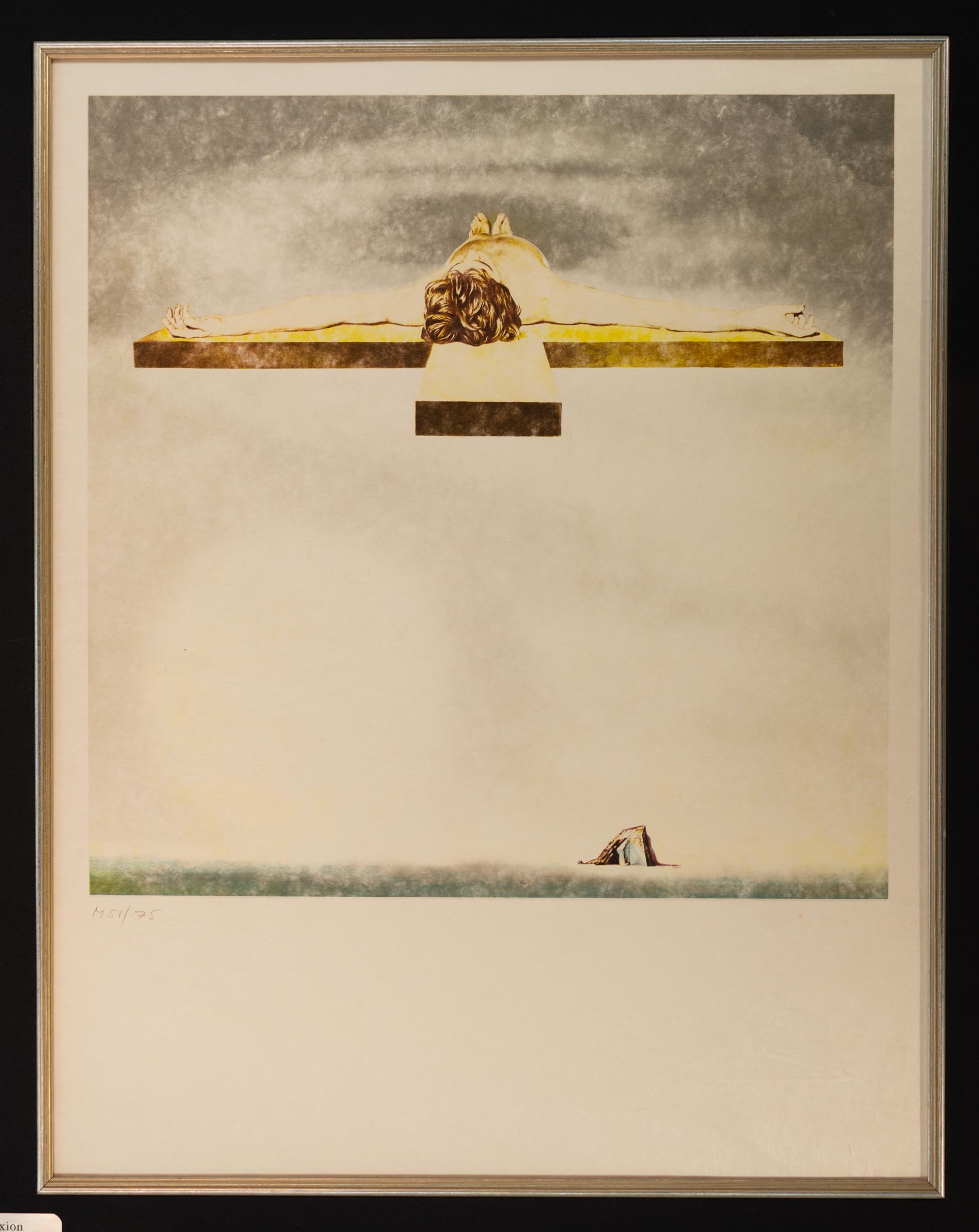 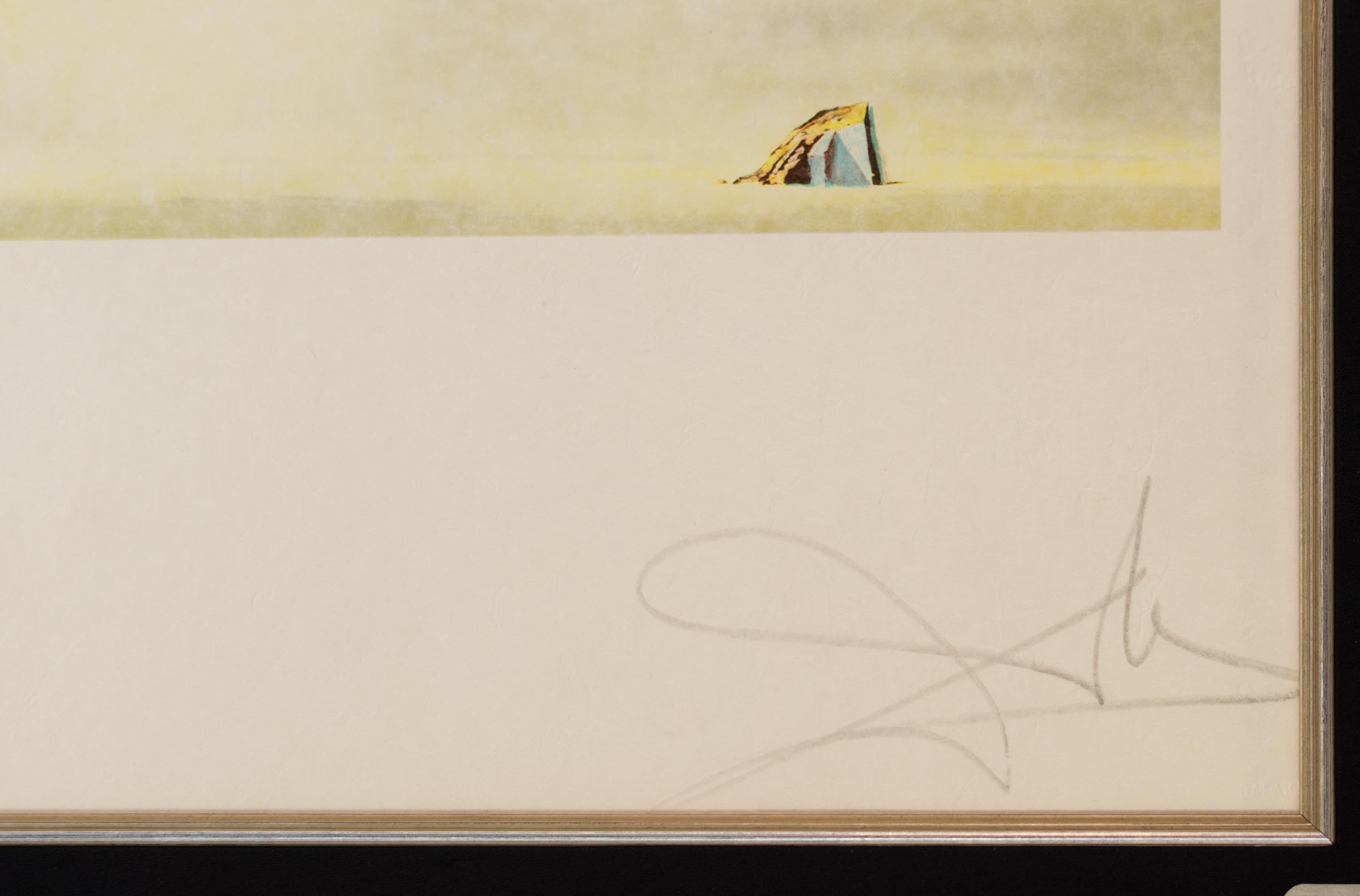 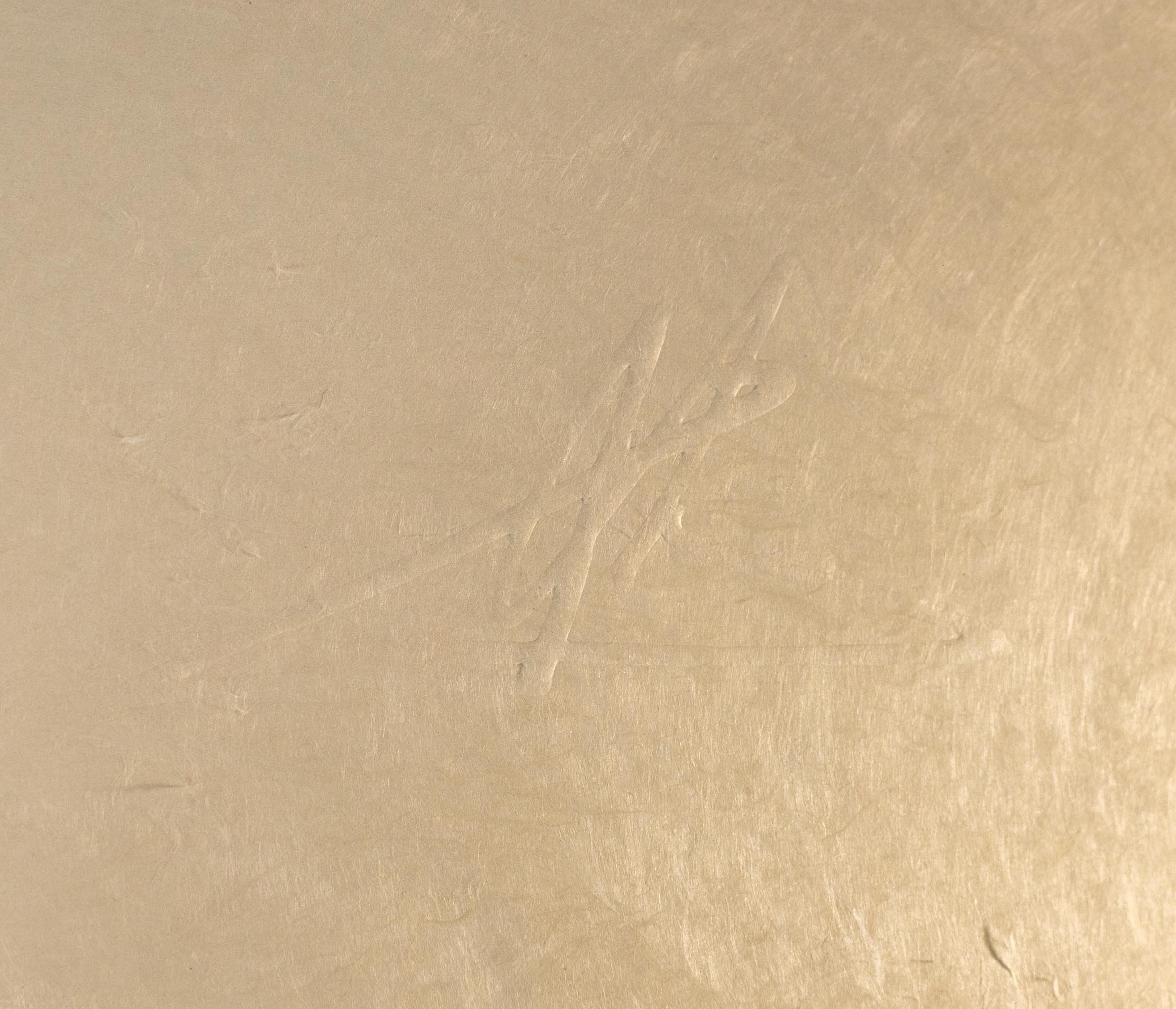 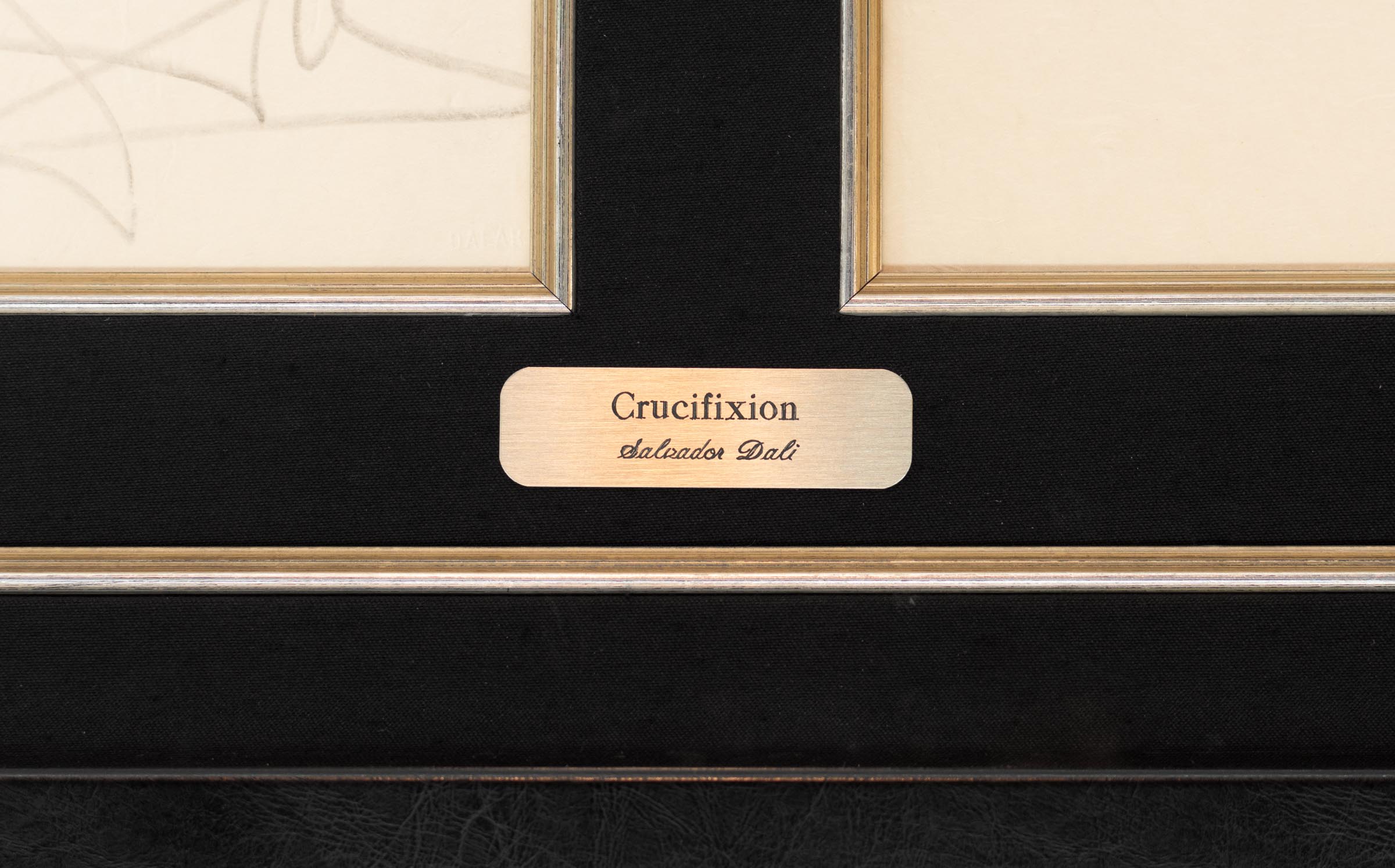