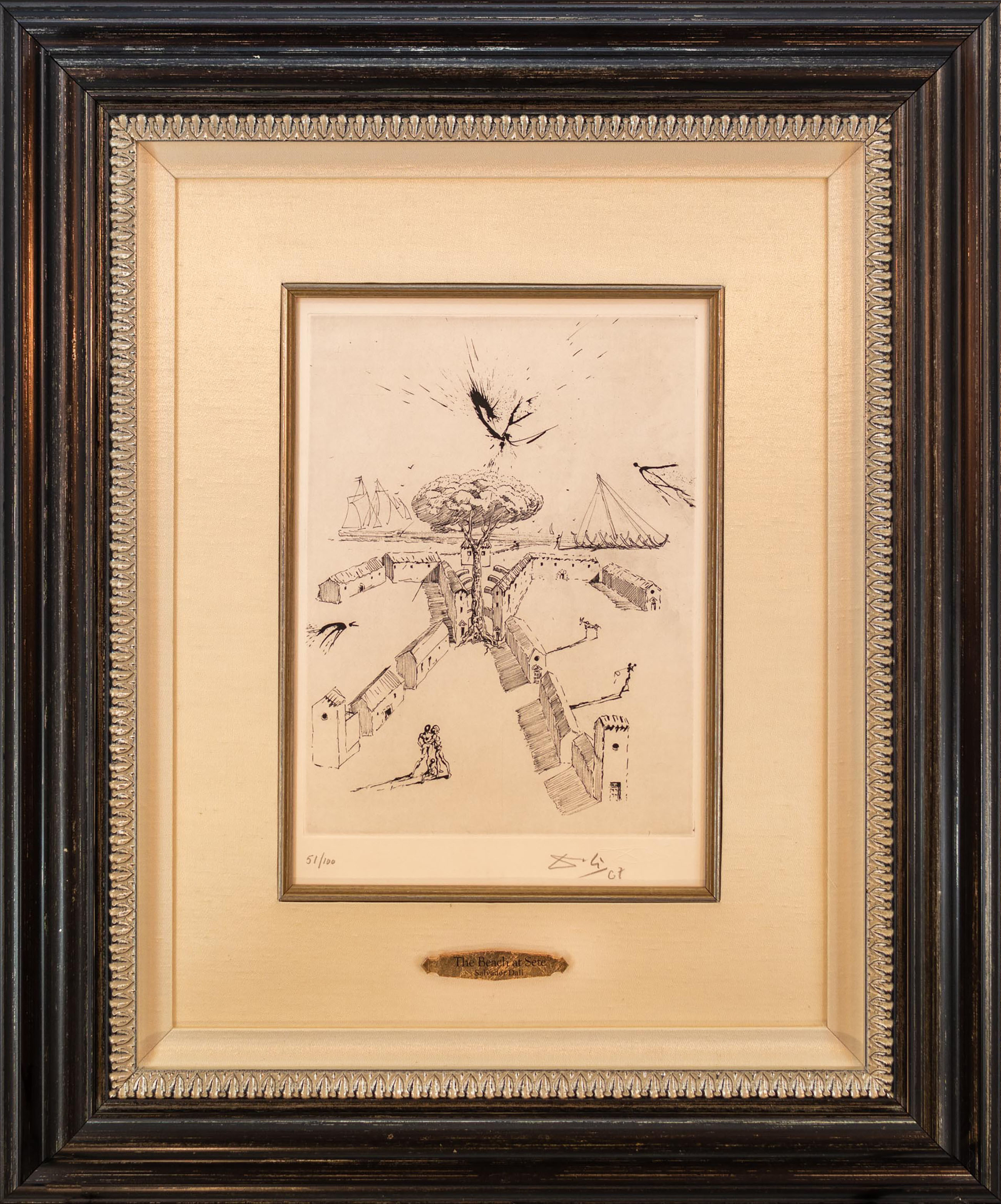 The Beach at Sete

The title The Beach at Sete is no mistake. The town of Sete is on the southern coastline of France and is also the hometown of Georges Brassens. The imagery of this work is loosely based on the Brassens song entitled, "Plea to be buried at the beach of Sete." Although the song is figurative and represents Brassens’ musical expression of the beauty of the beaches at Sete, Dalí drew inspiration from the lyrics and included important imagery that Brassens mentions in the song. 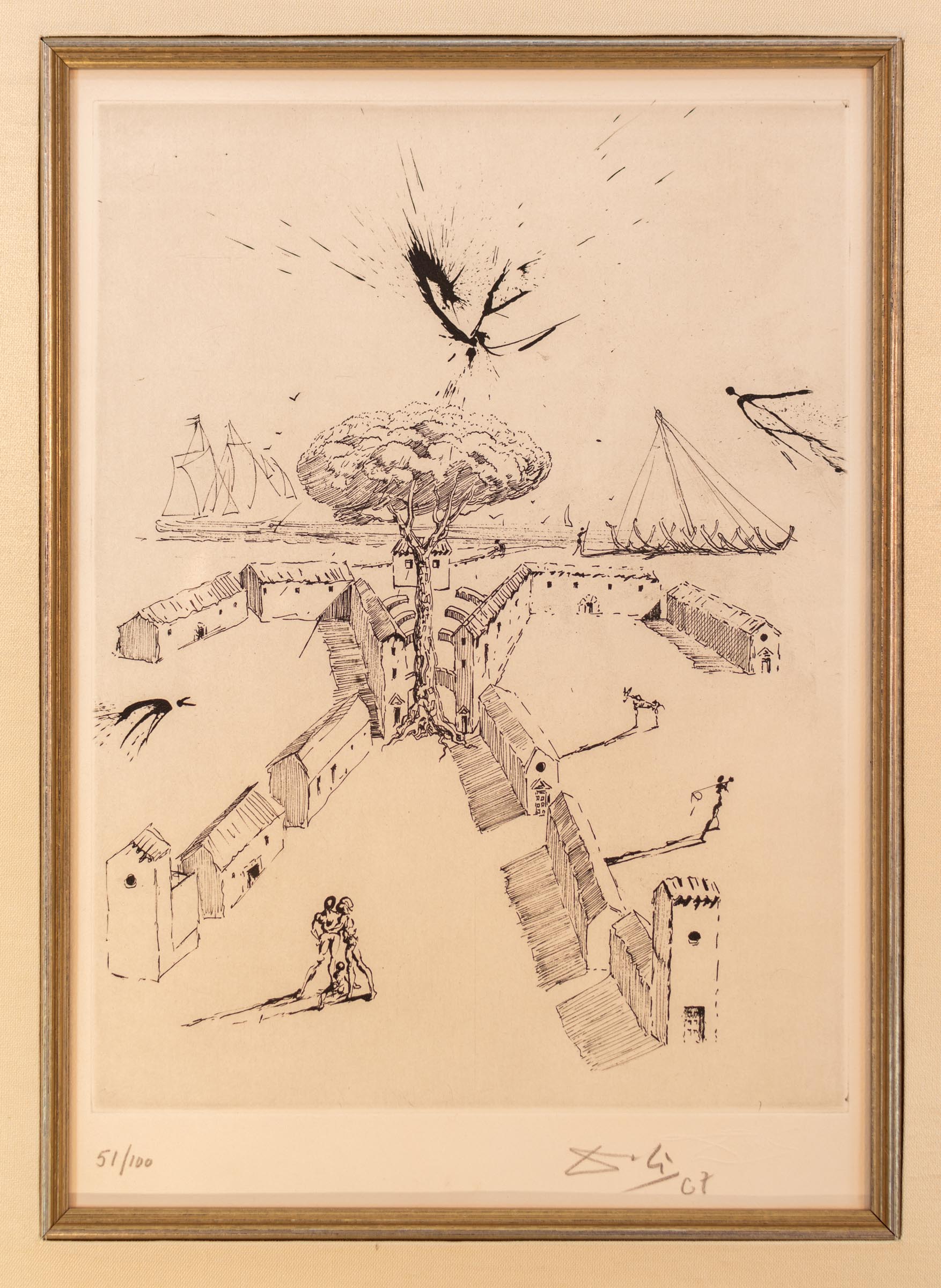 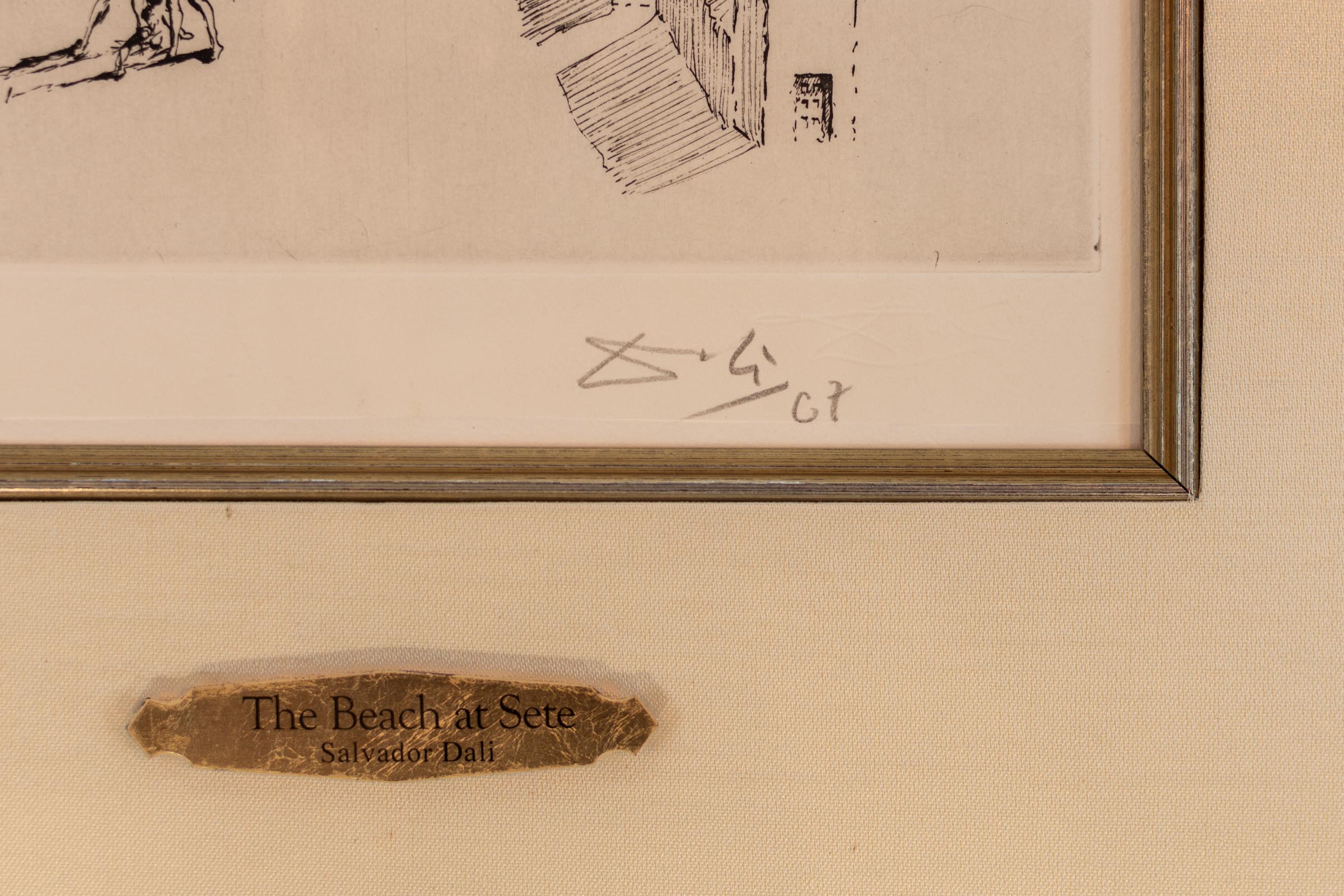 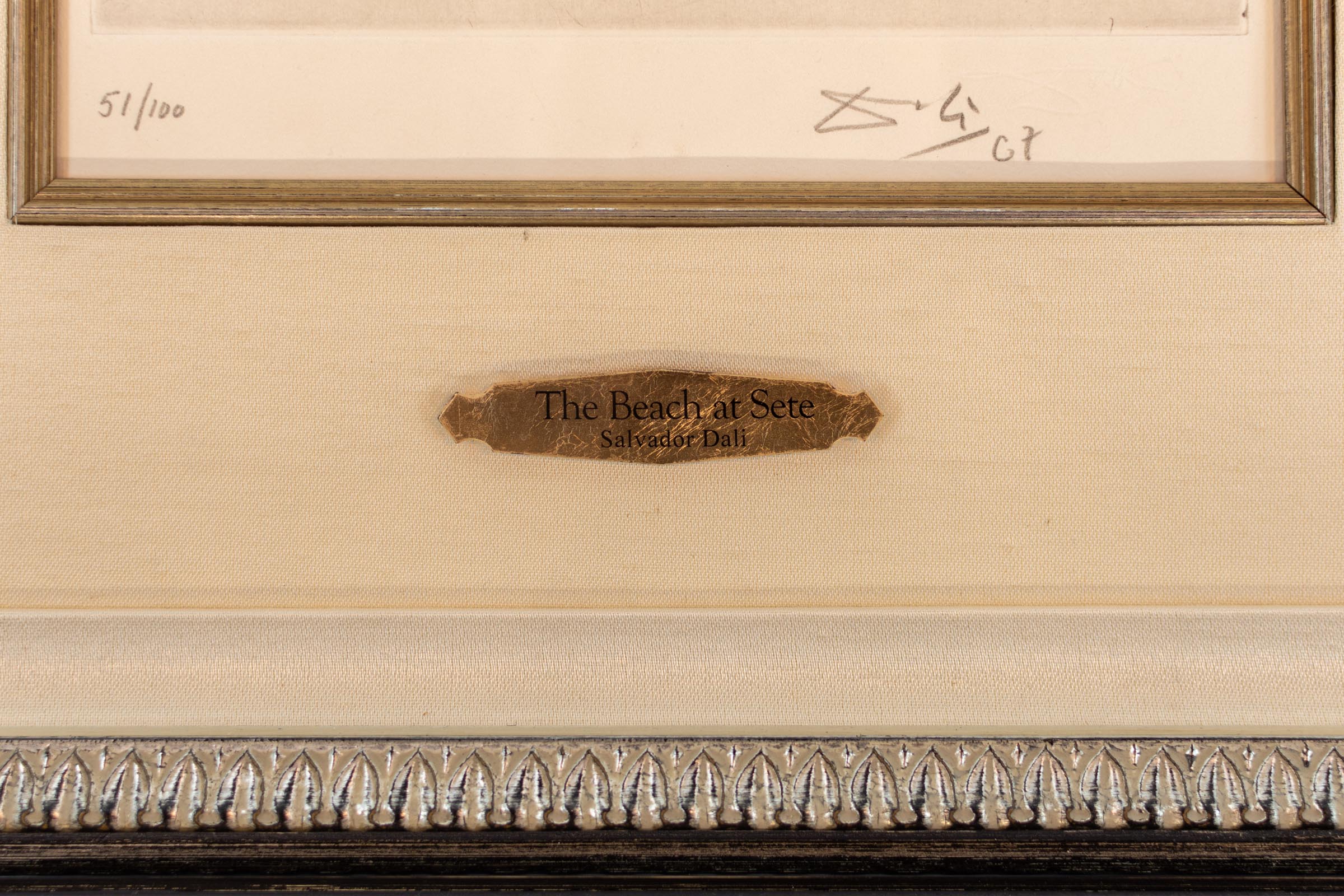