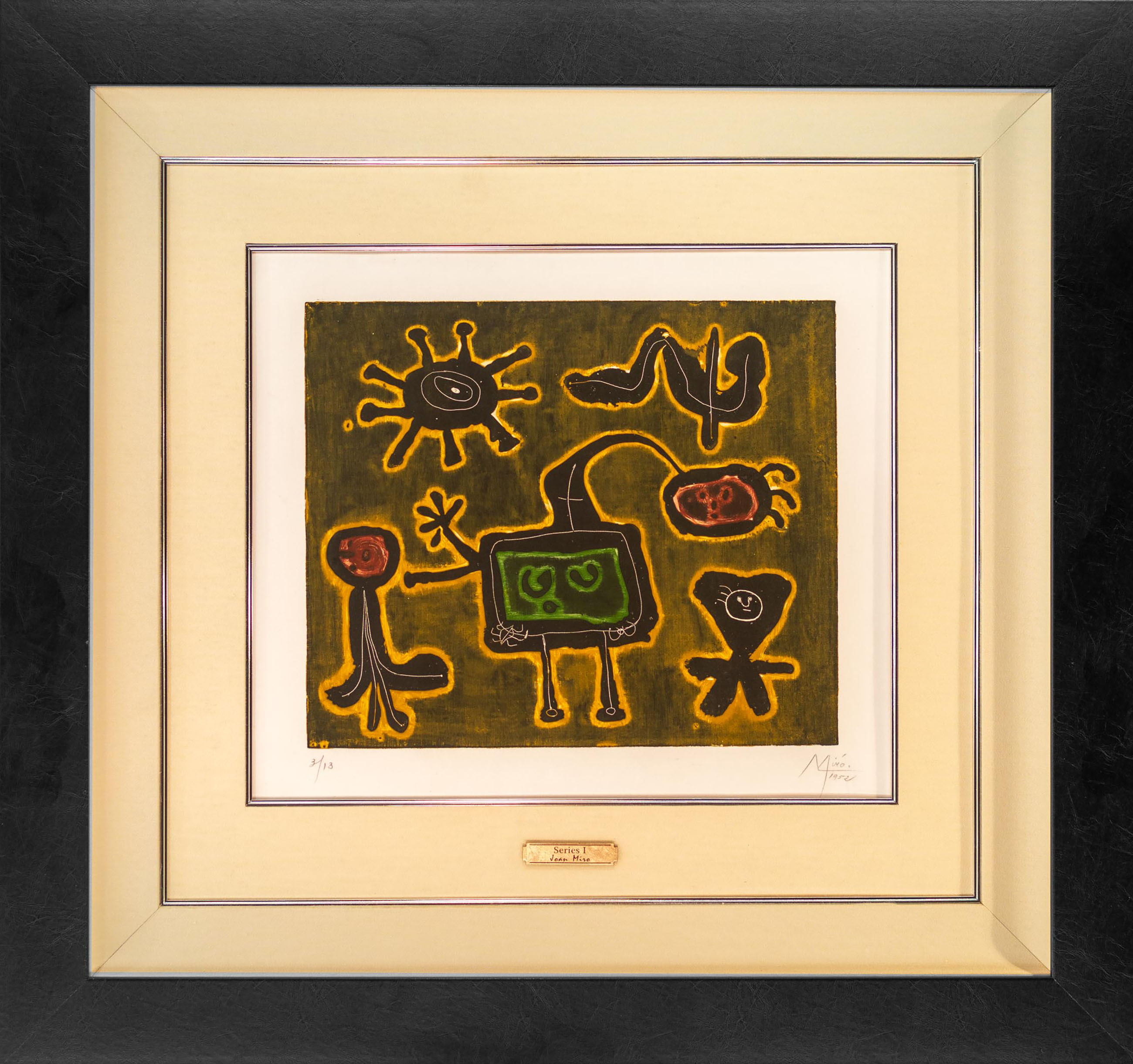 This work, Series I was part of an experimental graphic project by Miró which he started in 1947 at S.W. Hayter’s Atelier 17 in New York.  He later finished the project in Paris in 1952. The delay in this project was due to World War II and the havoc that was bestowed upon Europe by the Nazi bombings and occupation of France and undoubtedly the Nazi disparagement of what they referred to as “degenerate art”. This extremely rare etching is part of a coveted suite of only eight pieces, each in different color combinations. Series I is so significant in Miró’s graphic career that the author of the official catalogue raisonné on Miró’s etchings, Jacque Dupin - elaborates on these very etchings in extraordinary detail in the intro pages to his famed catalog. 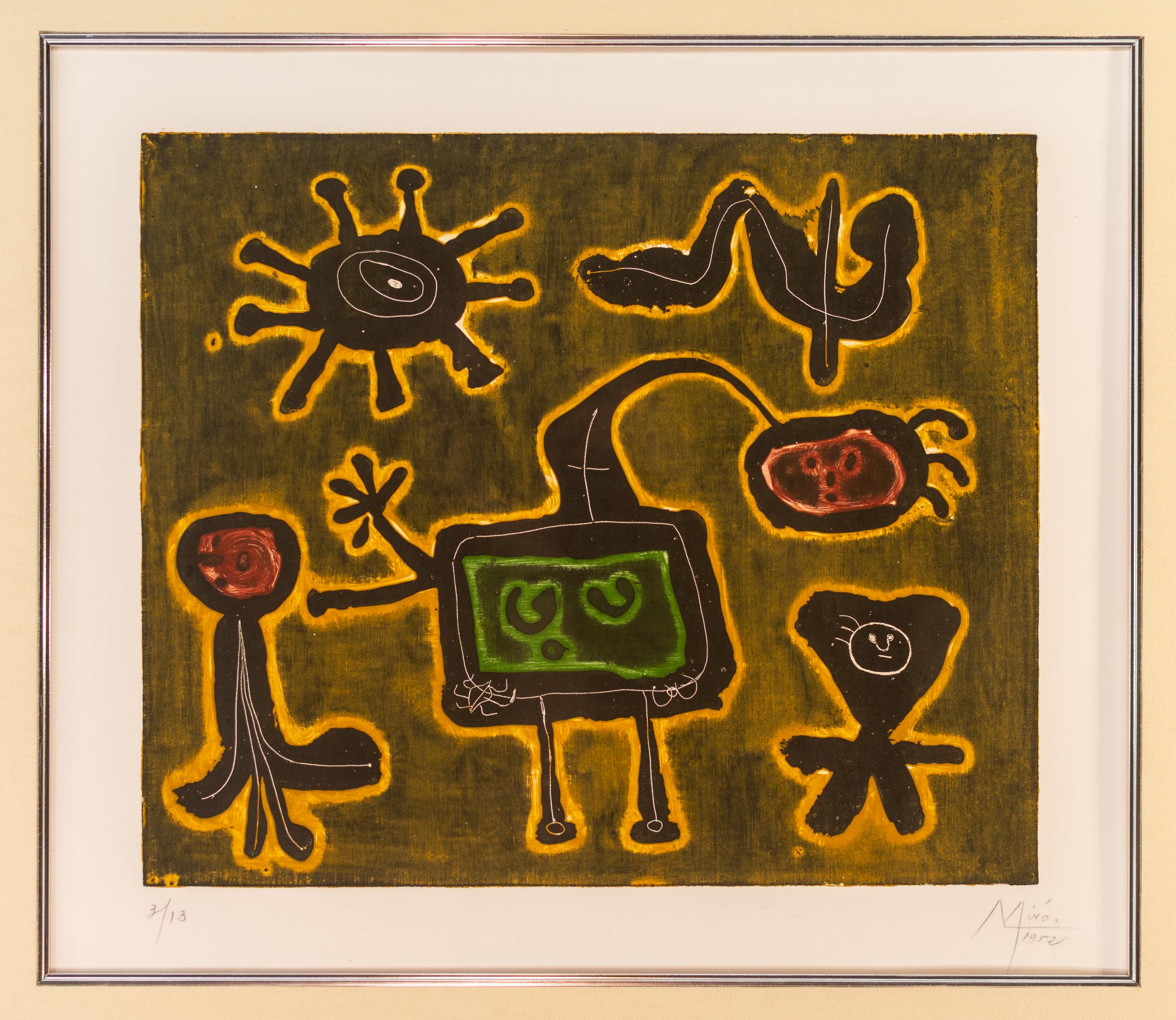 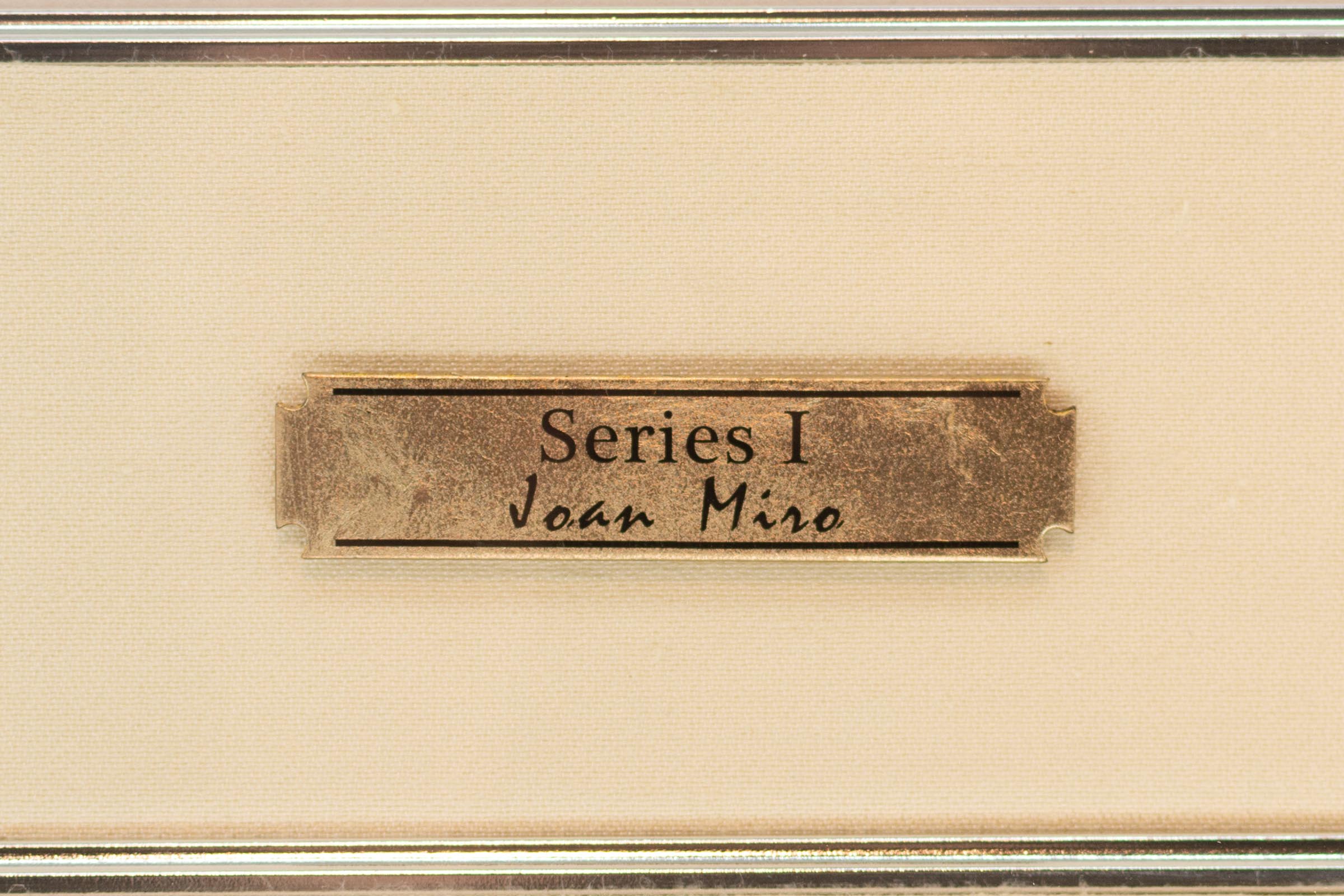 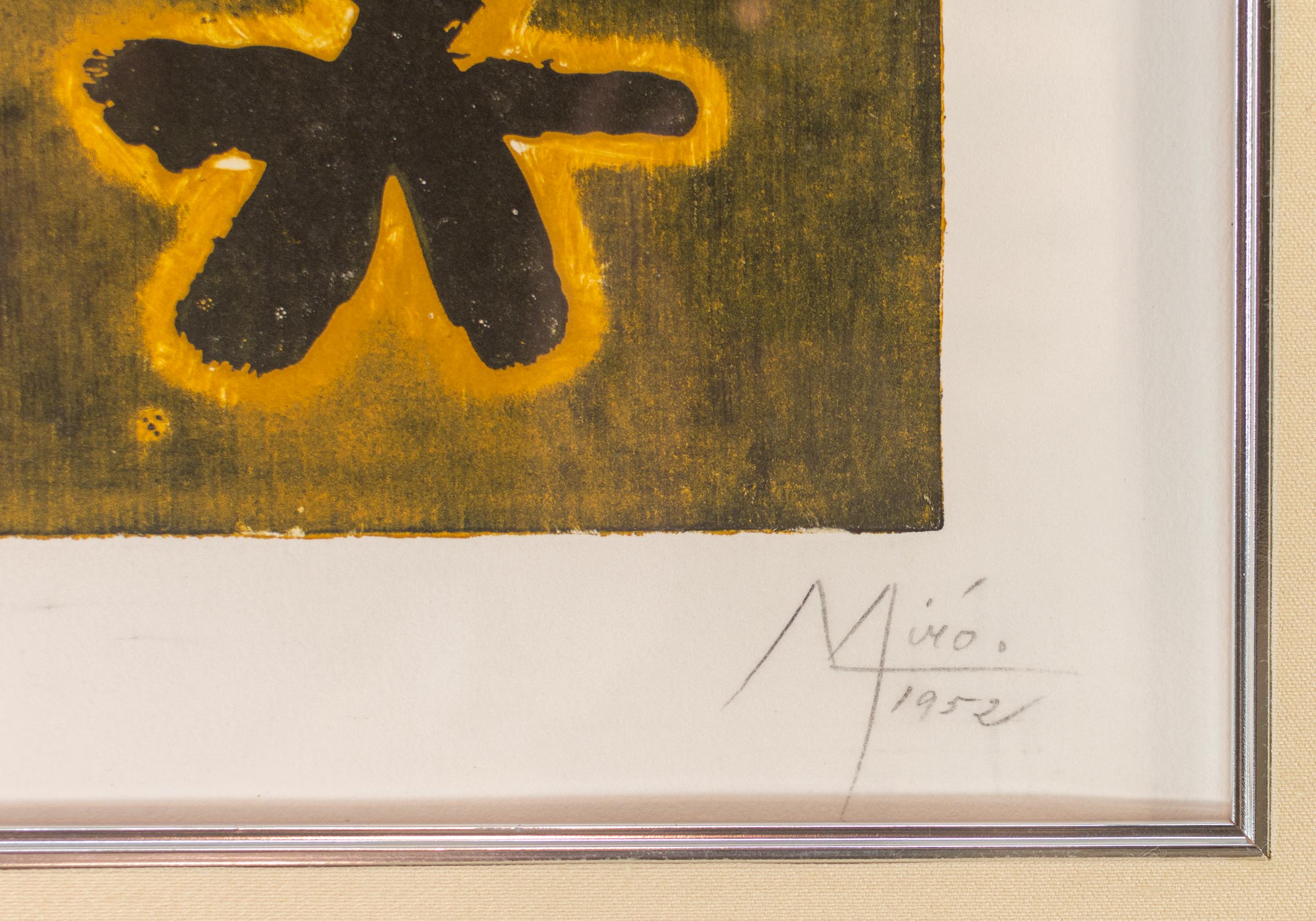