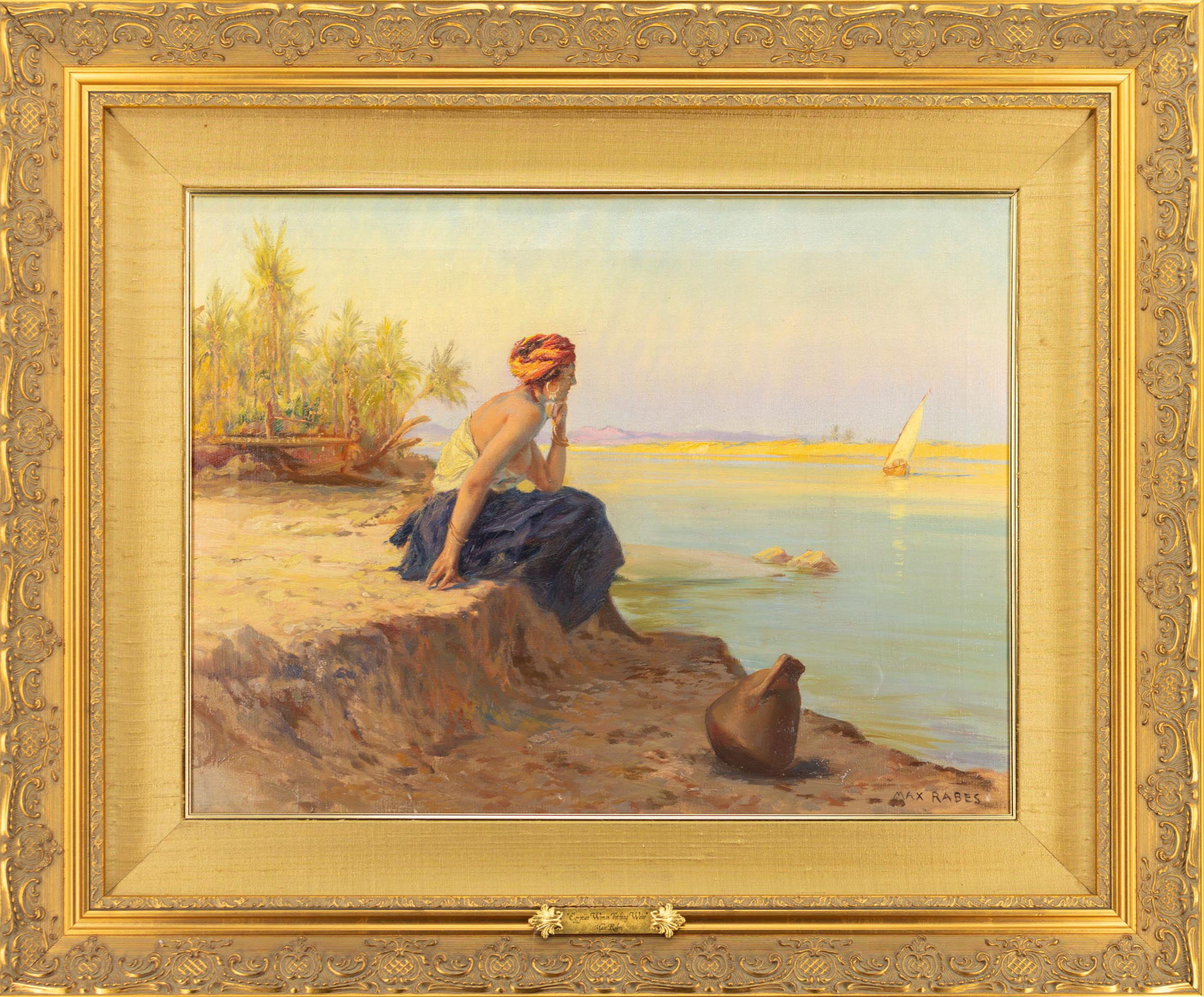 Professor Max Fredrick Ferdinand Rabes, PHD., was one of the most celebrated German artists, lecturers, and international historians of the late 19th and early 20th century. He made numerous trips to North Africa, Egypt, Morocco, and the Middle East and was invited to accompany the German Emperor Wilhelm II on a trip to Istanbul and Palestine. Rabe’s life saw him gain recognition as a university professor, a prized artist and painter, a world-traveled historian, and an intellectual.

HarteInternational Galleries is extremely proud to offer a rare and amazing original painting by Dr. Max Rabes. A beautiful and documented scenic landscape of a woman sitting on the Nile riverbank in Egypt, as she contemplates the end of the day. Almost forgetting the reason, she is there her water vessel sits to the side as she rests and stares wistfully into the distance. Rabes has carefully executed the vivid details in a pastel color pallet that flows from each edge of the canvas. This subtle but impactful work is unquestionably one of Rabes’best and most well-known pieces, as this image has been reproduced and copied for decades. Max Rabes’ art is sought after throughout the world and his legacy of artistic treasures leaves us a body of work that will forever be admired. 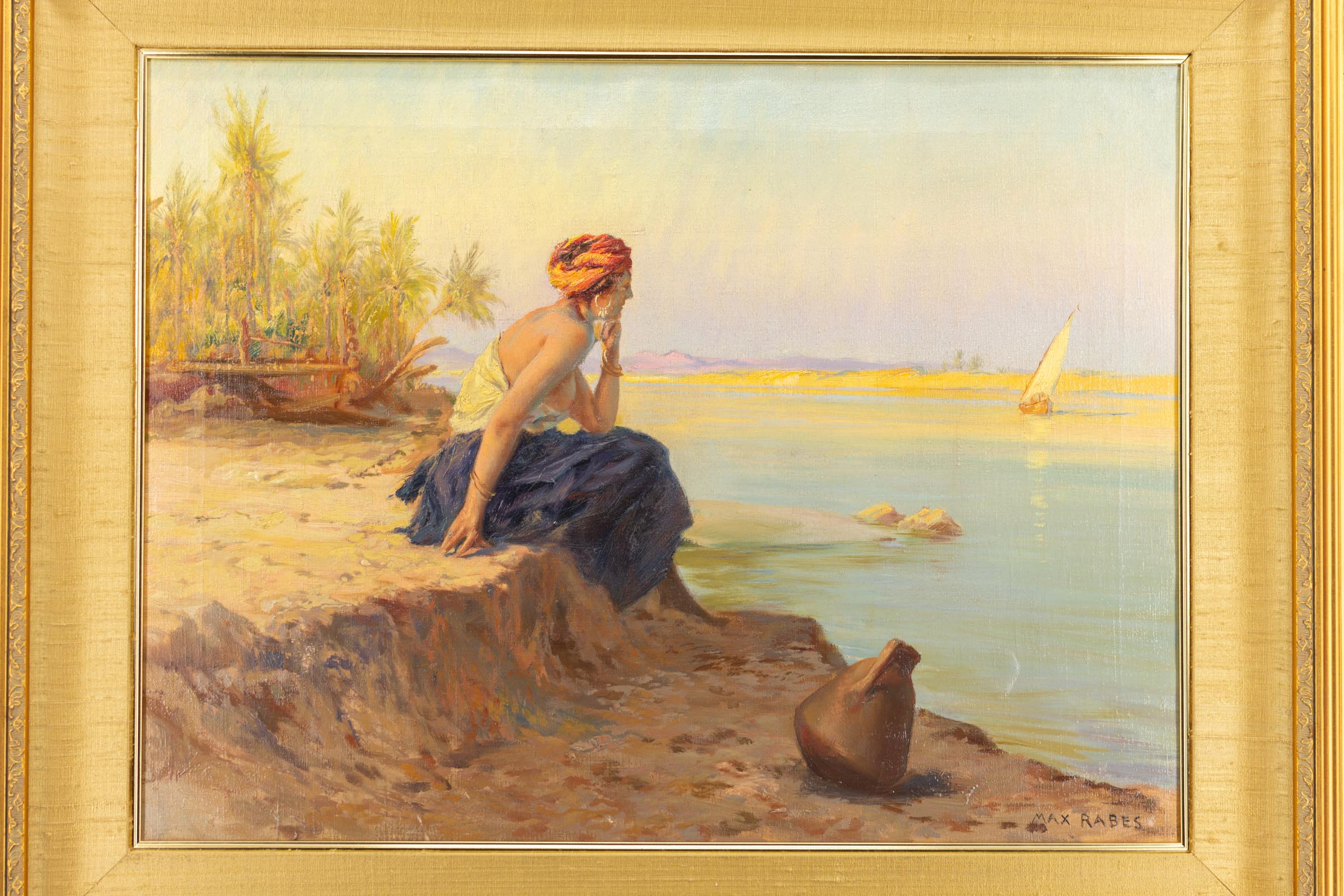 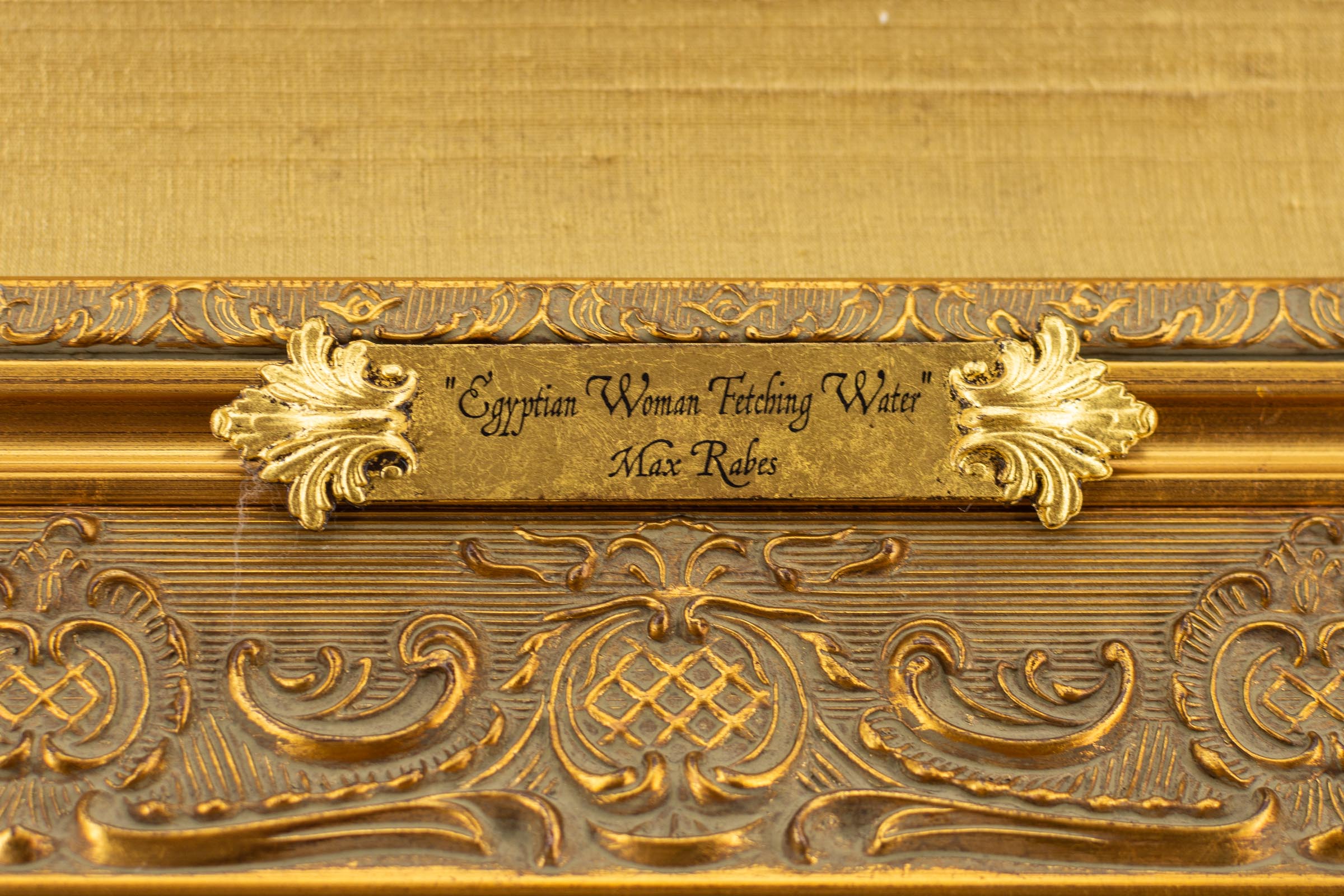 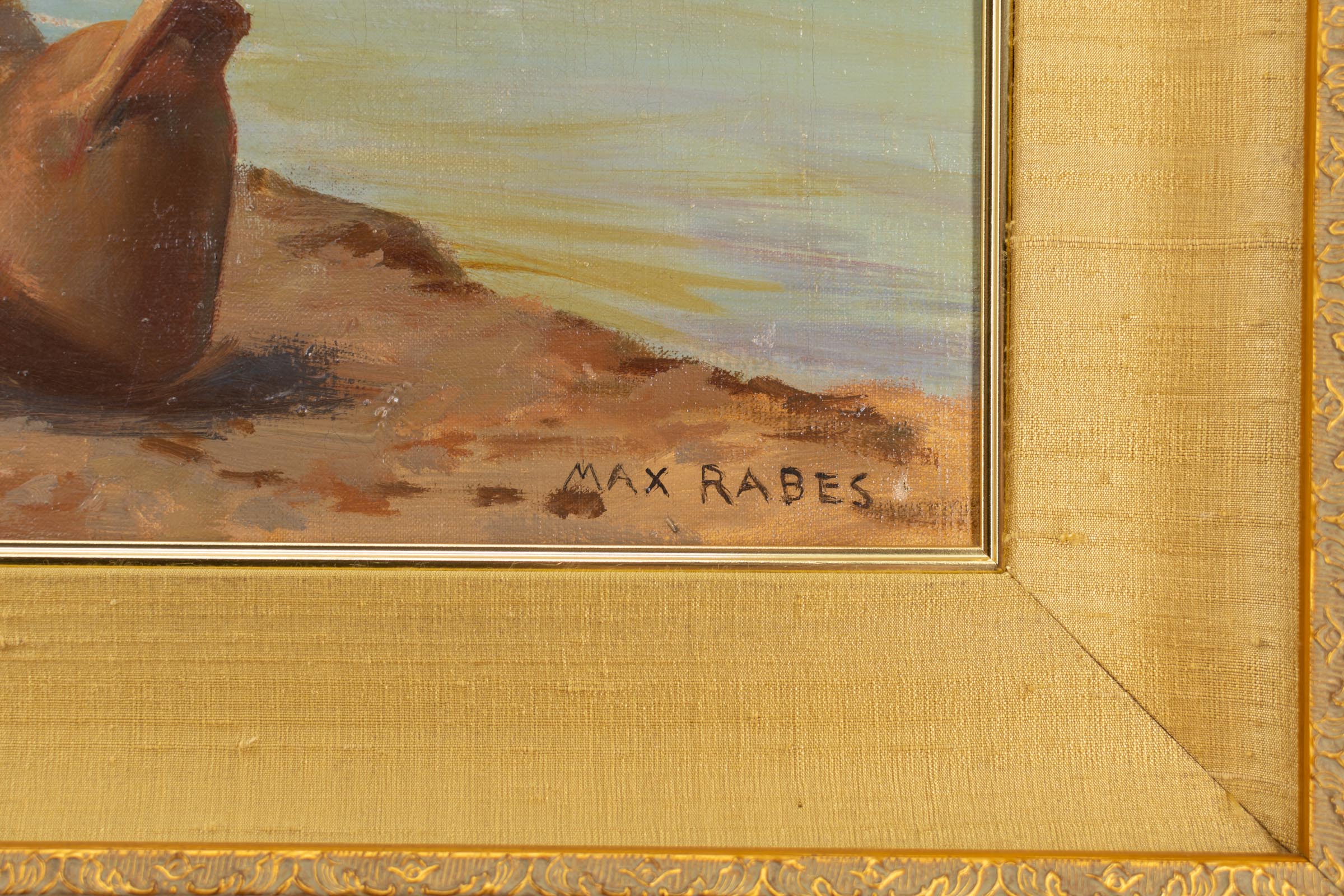