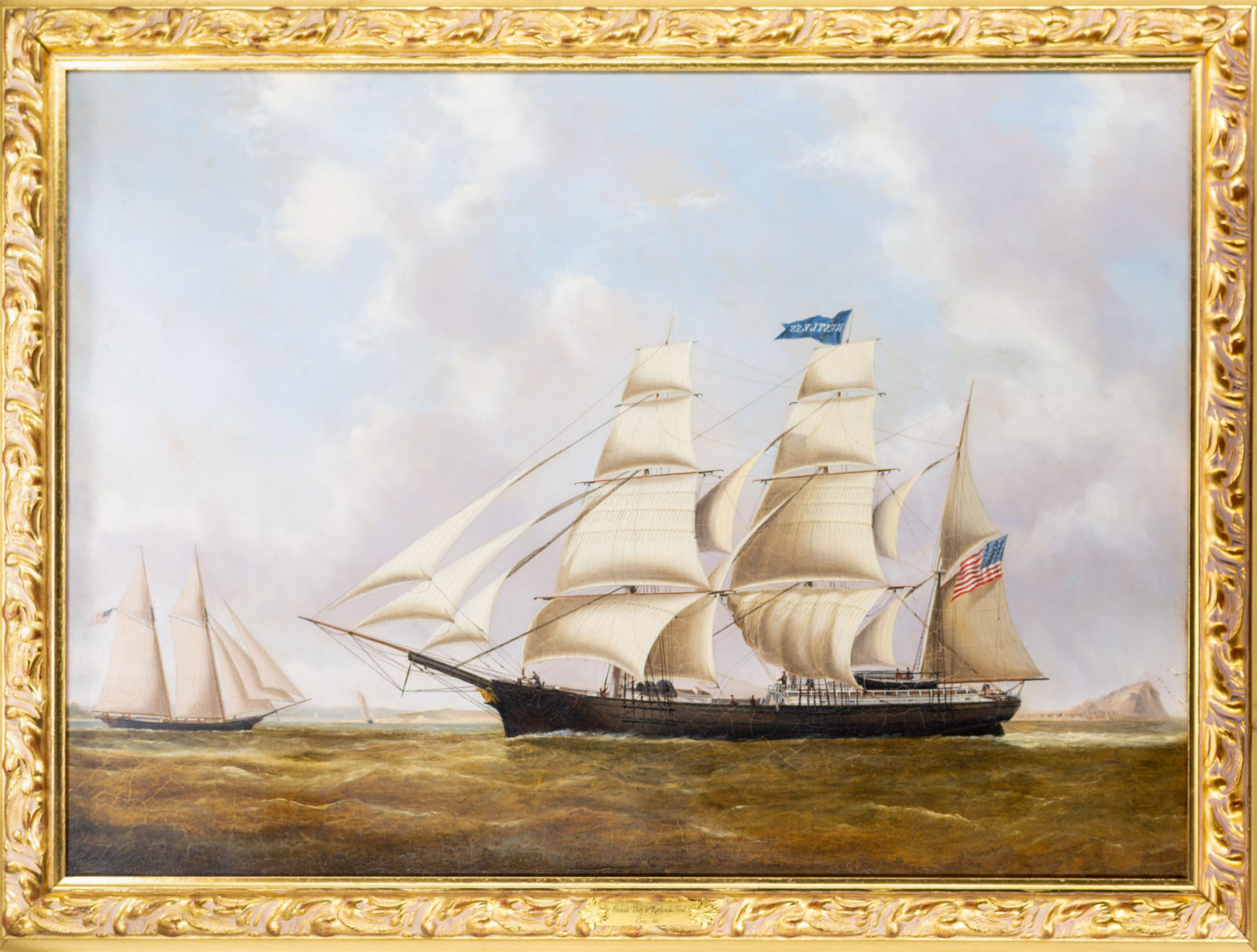 In the painting Blockade Duty at Rattlesnake Shoal, an American artist has captured a newly commissioned barque (three-mast ship), racing south along the South Carolina shoreline, headed for the opening of Charleston Harbor. The Navy vessel is on blockade duty during the earliest part of the Civil War, along with several other ships which are seen as another barque passes behind, going in the opposite direction (north). Together they work to prevent Confederate ships from entering or escaping Charleston.

Beautifully executed, the artist has delivered a historically important and purely American painting of a scene that was amazingly documented in the New York Times on January 8, 1962. Robert F. Clark, from Boston and a Civil War veteran, who was to become the future Police Commission of Boston from 1893 to 1903, is believed to be the first owner of this painting. 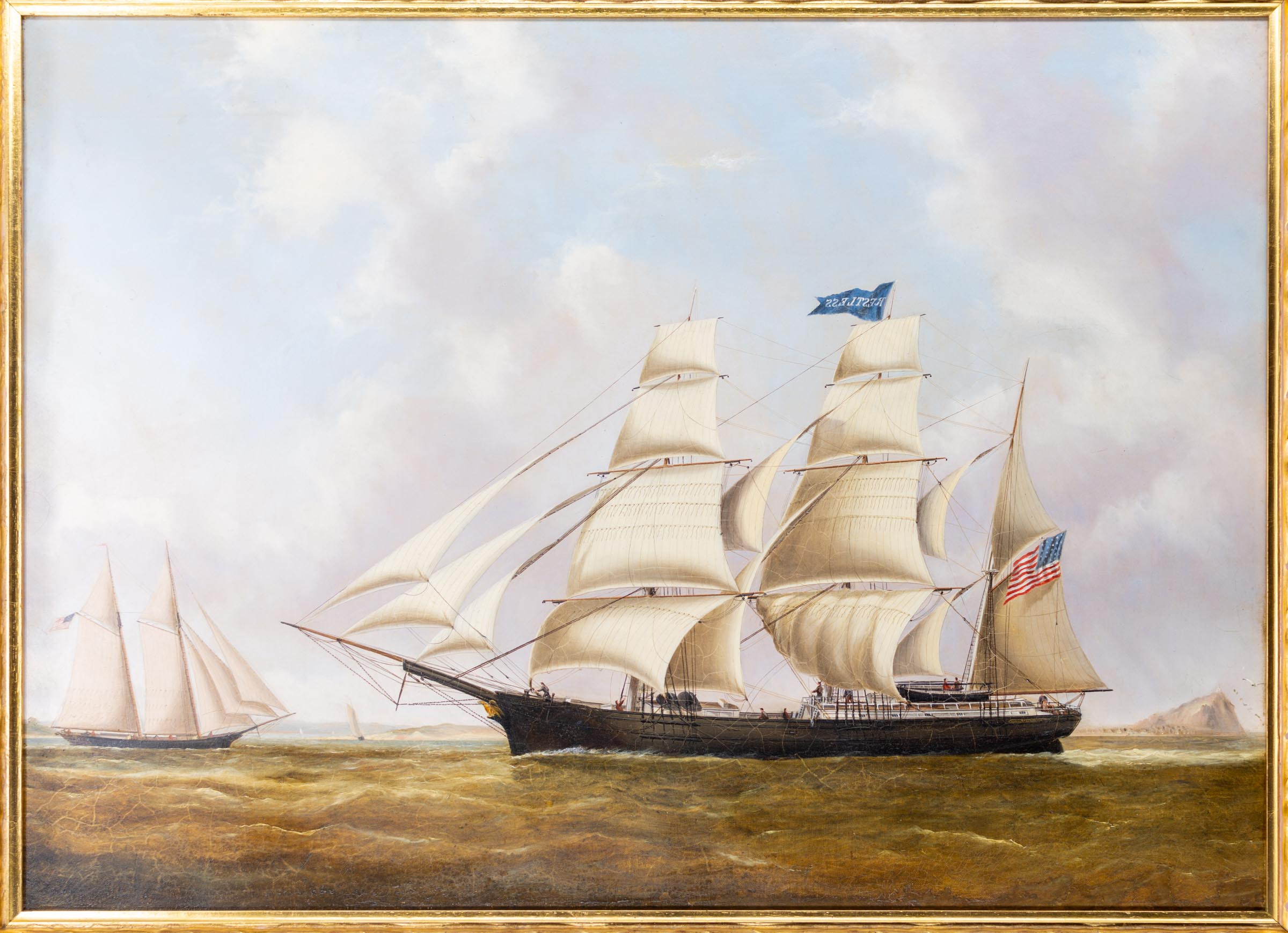 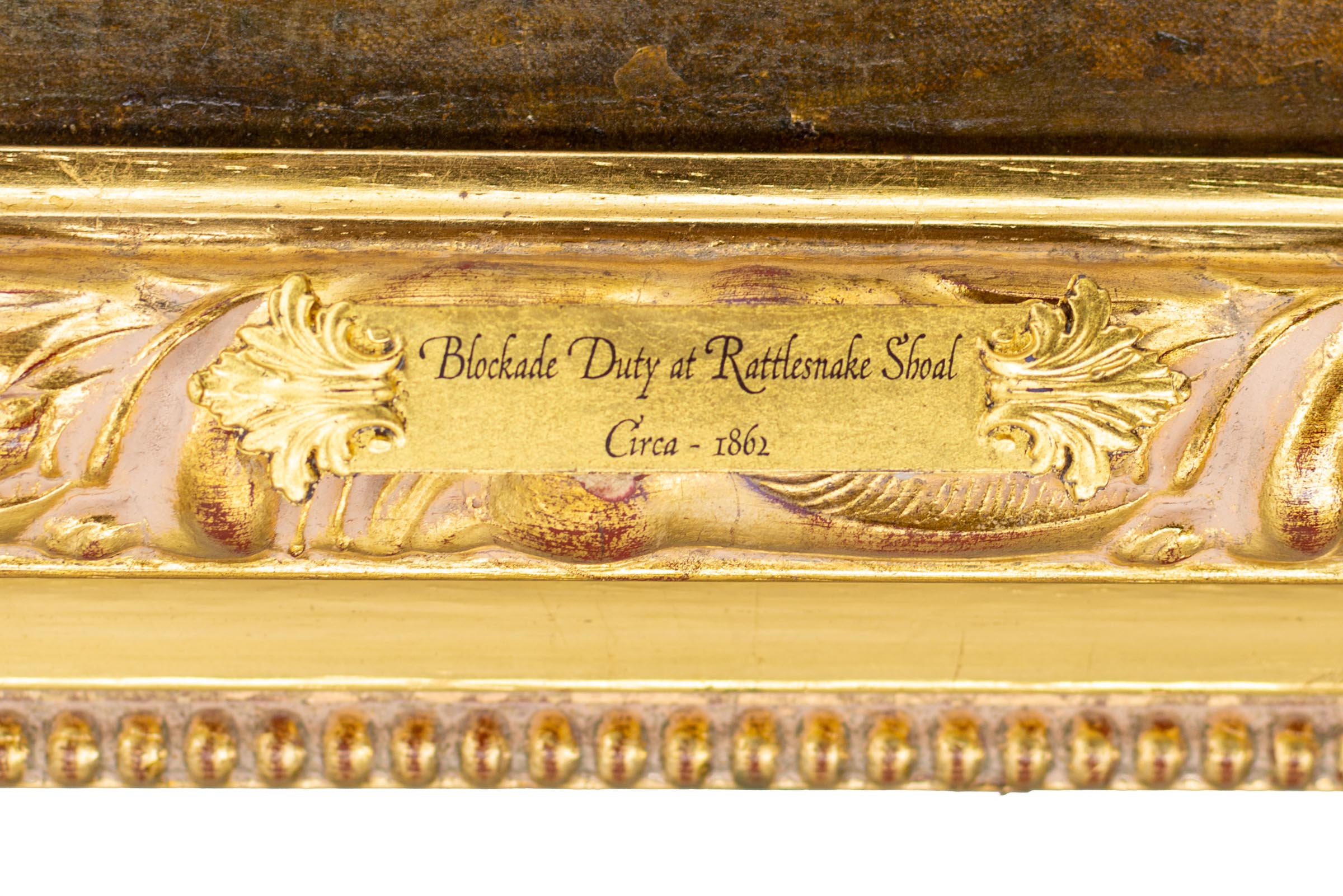