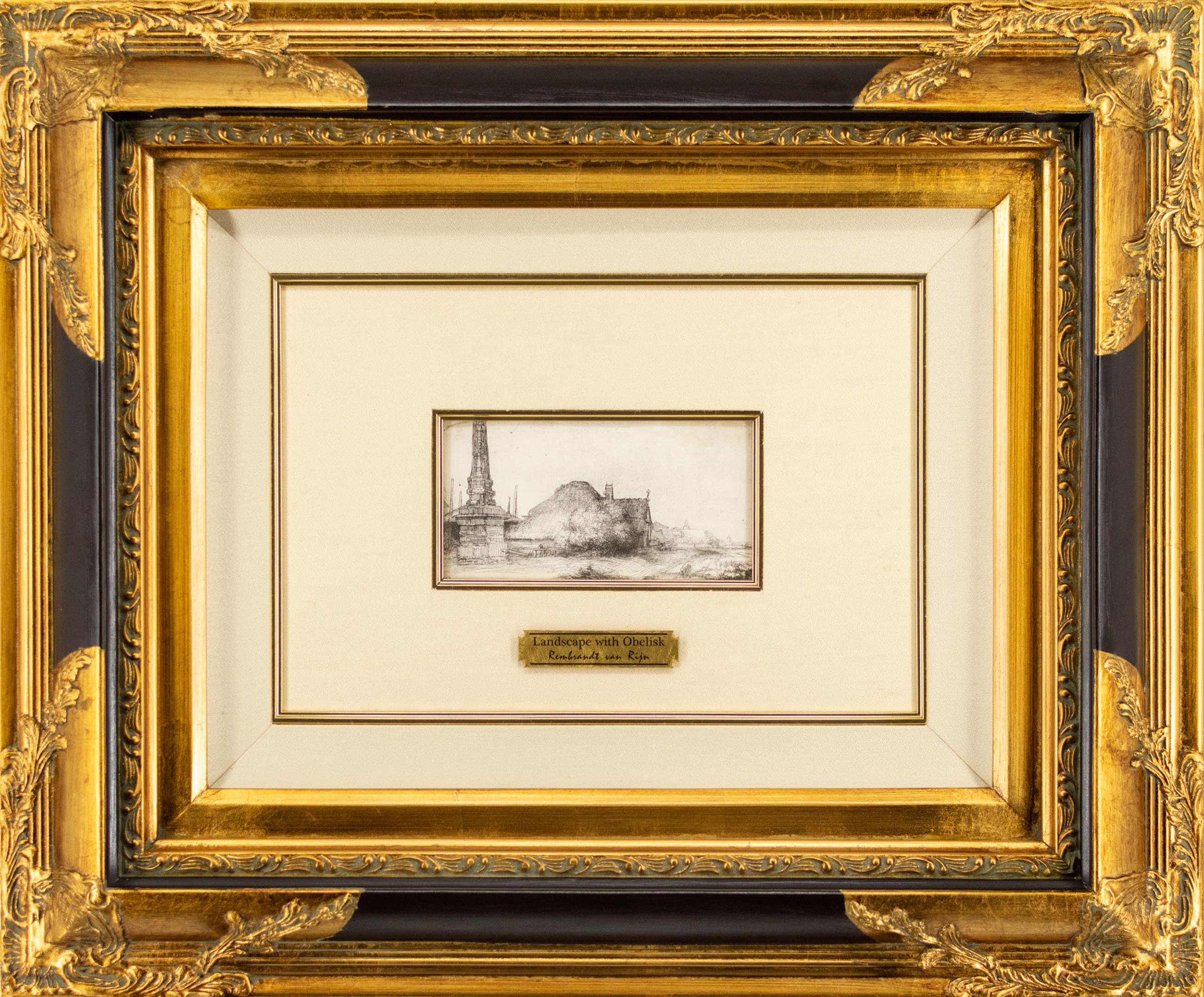 Landscape with an Obelisk depicts a known location near Halfweg, which is halfway between Amsterdam and Haarlem. Rembrandt has etched an all-encompassing setting and captured the atmospheric qualities of the moment as if someone had taken a picture. In perfect detail, he illustrates the tall Obelisk in the foreground and adds a sliding scale of depth, by placing the surrounding thatched roofed homes, large trees, and tall grass in a descending vanishing point. The thatched roof covers the animal barn, and the gabled section is the farmer’s residence. Rembrandt has further flaunted his depth skill by adding a small figure in the distance, on the far right. Here a man can be made out holding a scythe for cutting hay, as he walks along the beaten pathway. Rembrandt’s skill and confidence - even in his inking abilities - plays out as he exhibits his mastery of all facets of the etching process. 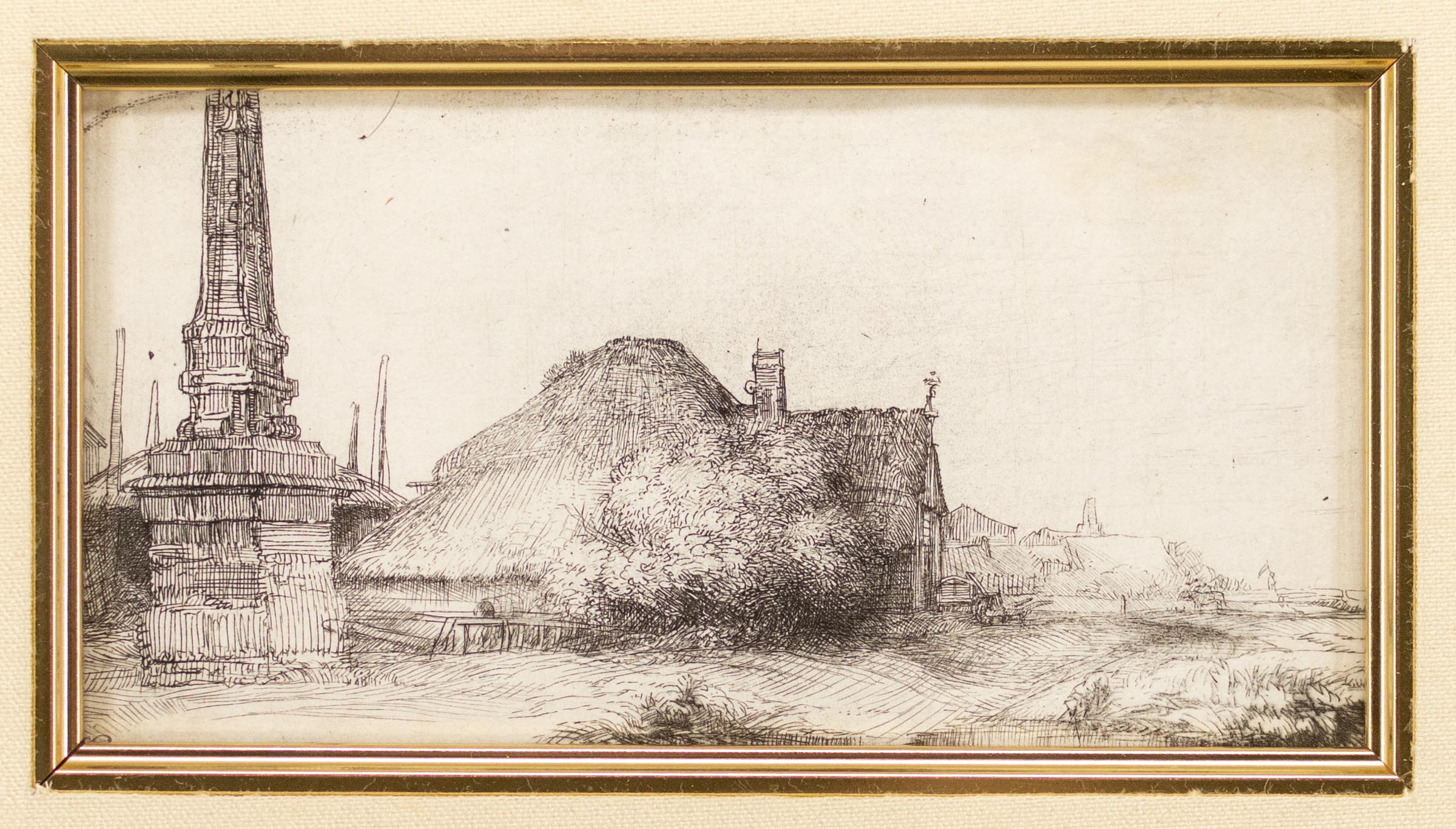 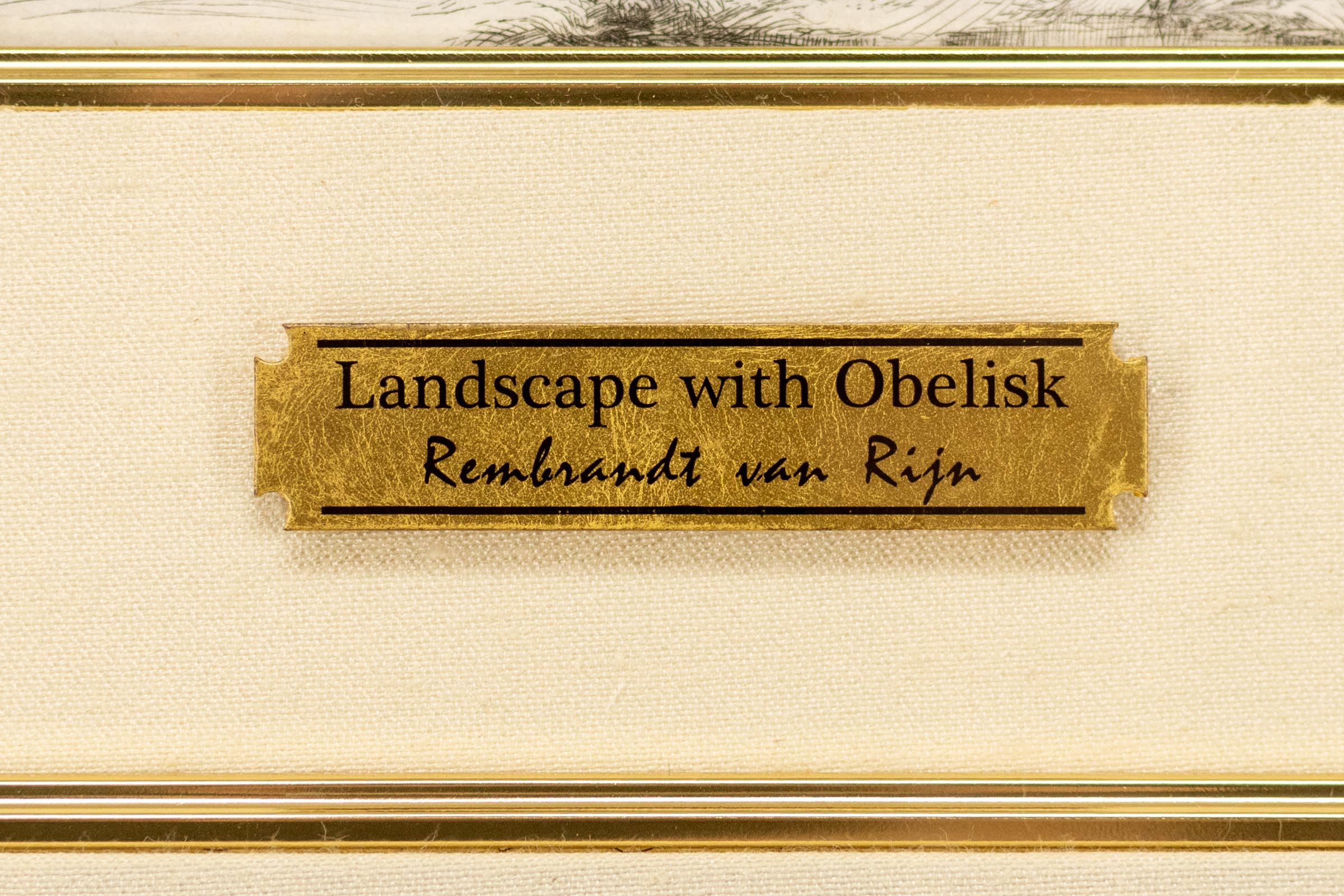